With the announcement on Sunday night that Manchester united will be among the six premier league clubs to join the European breakaway super league . Which has been met with a backlash from all the people involved in the sport . They are seeing this as just money driven and does not care about the fans and the well being of competitive football in the world. Manchester united backed out of the plan on Tuesday night after immense pressure which also saw vice chairman Ed woordward resign from his role after the latest backlash on the project.

Manchester united played with Bayern Munich in the 1999 final , Bayern took an early lead and held on with their lead for the whole ninety minutes of the match , Sir Alex Furgerson brought in substitutes Teddy sherrigham and Ole Gunnar Solskjaer who they both scored in extra time and defeated Bayern Munich 2- 1 , It was the most interesting match ever and Manchester united won the treble that season , and that became the most successful season for an English club ever . 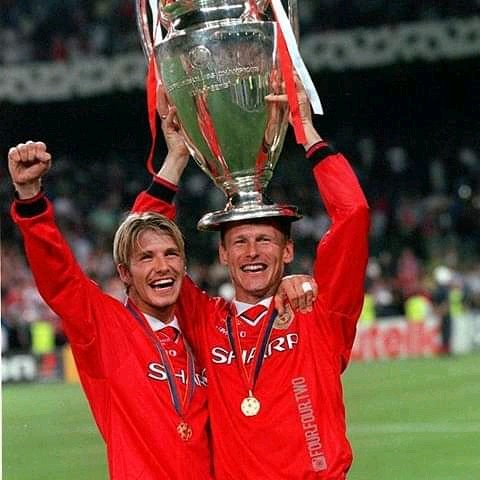 Manchester united after winning the final.

Content created and supplied by: @Fidelkim (via Opera News )

The 3 Secrets to Saving Money on a Tight Budget

How To Spot A fake Converse Sneakers Just By Look

Barack Obama is in Mourning Again After Death of Family Dog