Manchester United manager Ole Gunner Solskajaer’s comments last week on the need for Marcus Rashford to focus more on football have seemed to have not anchored well with Rashford. The Athletic’s David Ornstein sources close to Marcus Rashford are very unhappy that ole decided to mention it regardless of what his intentions were as it has been interpreted by many to meant that Ole believes that Rashford is not doing his best on the pitch. 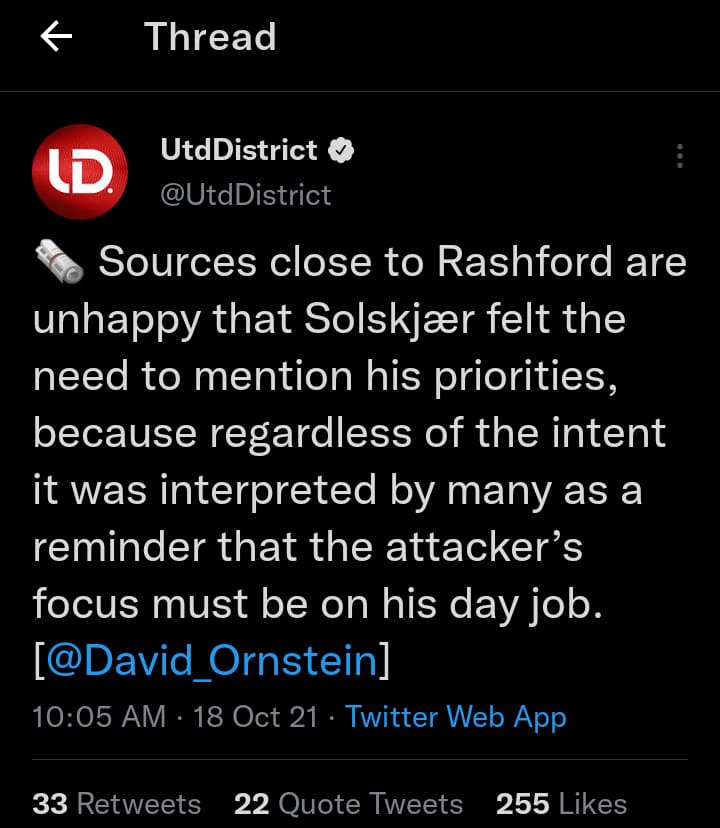 Ole gunner last week was quoted saying “He has done some fantastic things and now maybe prioritise his football and focus on football because he’s got a challenge on his hands here at Man United, he has a challenge on his hands to play for England.” This was in reference to Rashford’s campaign that works to ensure that every child in the Uk gets food. However this according to sources is likely to cause a very big spat in the Manchester United dressing room if not contained as the player is not happy that all his dedication and efforts to the club are being overlooked. 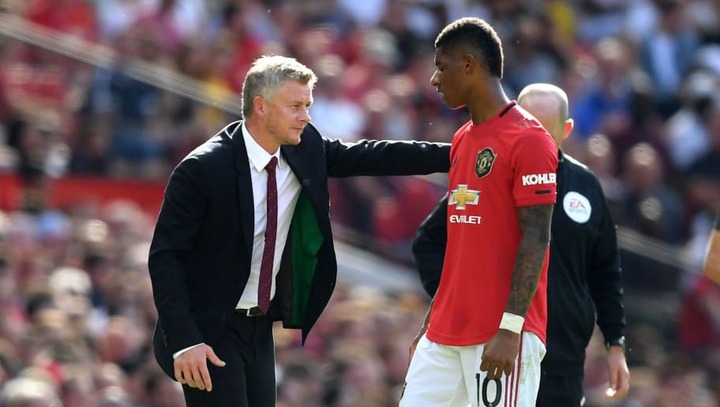 The sources are said to be basing their argument on the fact that Marcus Rashford played with an injured shoulder for six months so as to help his team instead of going for surgery that could have kept him out for about two months. “Sources insist this has never been in doubt, pointing out that not only did Rashford delay an operation to help united at the end of the 2020-21 campaign, he also came back to fitness six weeks ahead of schedule,” David said. 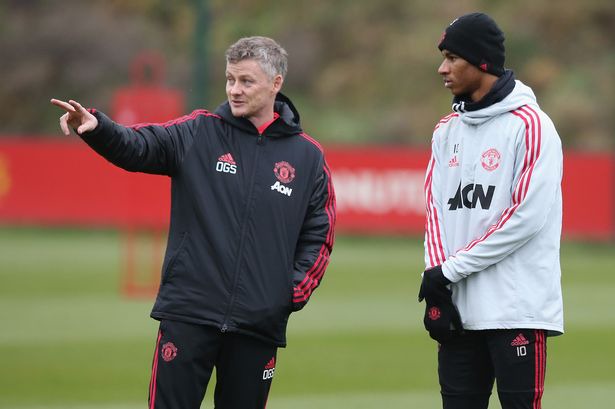 Marcus has openly in the past admitted that his campaign against Child poverty has not reduced his dedication to football as he attends training and all other football appointments as required and only participated in his campaign during his free time. If not solved this spat might escalate with the manager’s job being in jeopardy as fans have been calling for him to be replaced.