Manchester United have disappointingly lost the race to sign Uruguayan sharpshooter Jorge Sanchez after Ajax reached an agreement in principle with his former club. Ajax have been very aggressive in the transfer window and completing a move for Sanchez would mean that they have now signed six new players to their pack. Alfred Shreuder, Ajax’s new manager, has been struggling a lot to reshape things at the club and that was clearly seen by a shocking 2-2 draw against underdog club FC Groningen last week. 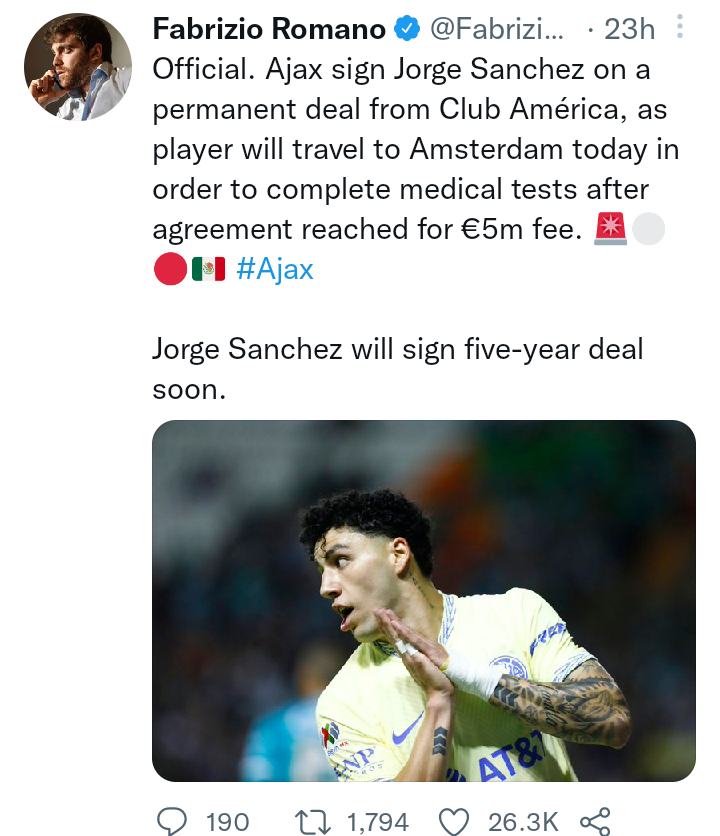 Manchester United scouts were keen on signing the 20 year old striker but unfortunately for them, Ten Hag had his reservations about signing such a young striker in a club where the demand for goals is overwhelming. Cristiano Ronaldo is still a doubt for the next match because of disciplinary issues but the manager is willing to risk benching him so that he can prove his authority is absolute and not threatened. Sanchez would have been a great addition but Ten Hag doesn’t like him.

Another target Manchester United have missed out on is Ivory Coast defensive midfielder Ibrahim Sangare. The 25 year old recently penned a new five year contract with PSV which means he will be staying at the club until 2027. Ruud Van Nistelrooy was very delighted by this news and took his time to thank the player for committing his future at the club especially at this time of the season where his demand is exceedingly high. 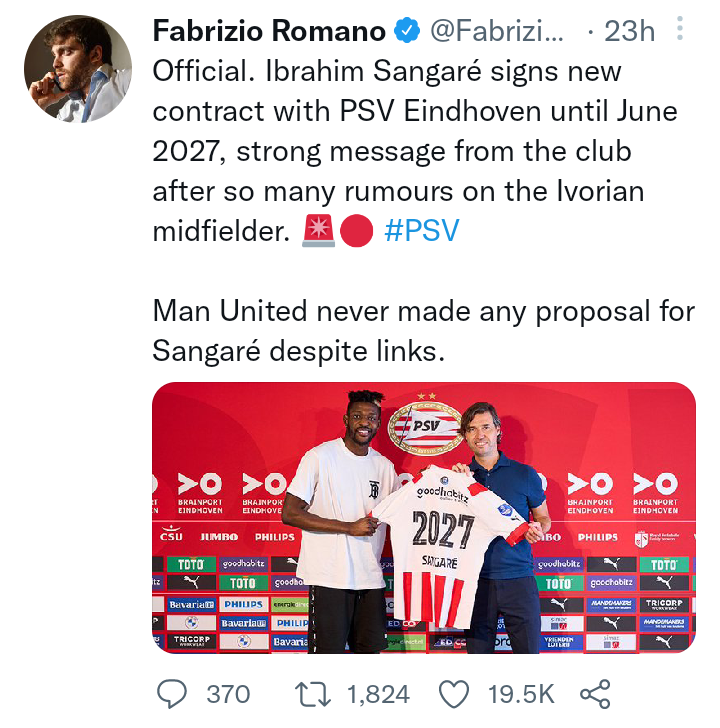 Sangare was one of the few strong candidates to replace Nemanja Matic at Manchester United but going by the looks of things, that will not happen. The Ivorian delayed talks with Manchester United since there were other bigger clubs chasing after him including PSG and Barcelona. Having come face to face with him on more than one occasion, Ten Hag knows what Sangare can bring to the table but unfortunately he will not be a beneficiary of his services for the next five years unless he decides to join PSV.