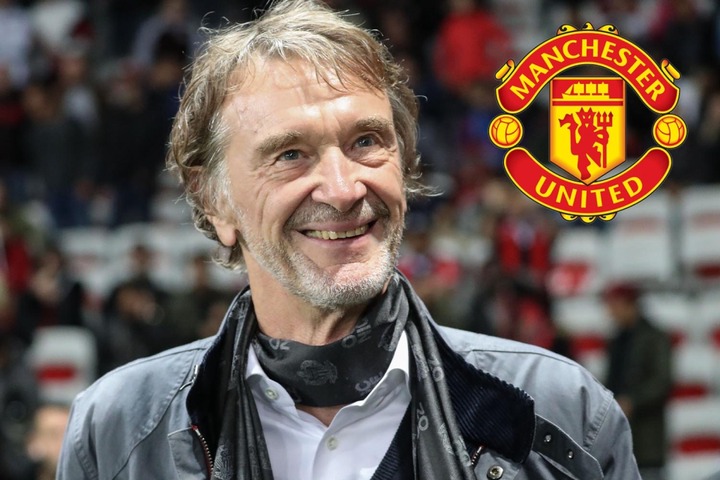 Sir Jim Ratcliffe has confirmed via his spokesperson his interest in buying Manchester United.

"If the club is for sale, Jim is definitely a potential buyer. If something like this was possible, we would be interested in talking with a view to long-term ownership."

The businessman is a British billionaire who grew up supporting Manchester United. He is also the owner of the Ligue 1 club OGC Nice, the Swiss club Lausanne-Sport, and the Ineos Grenadiers cycling team.

Ratcliffe's remarks followed a Bloomberg article that said the Glazer family, United's present owners, may be willing to sell a small portion of the team.

Ratcliffe is currently thought to be worth £13.5 billion. In May 2022, he made an attempt to acquire another English club when he put in an offer to pay £4.25 billion to Roman Abramovich for Chelsea.

The millionaire afterwards claimed (as reported by BBC Sport) that despite making a bid to purchase the Blues, he still supports Manchester United. Ratcliffe continued by saying that he had never previously placed a bid for United since they were not up for sale.