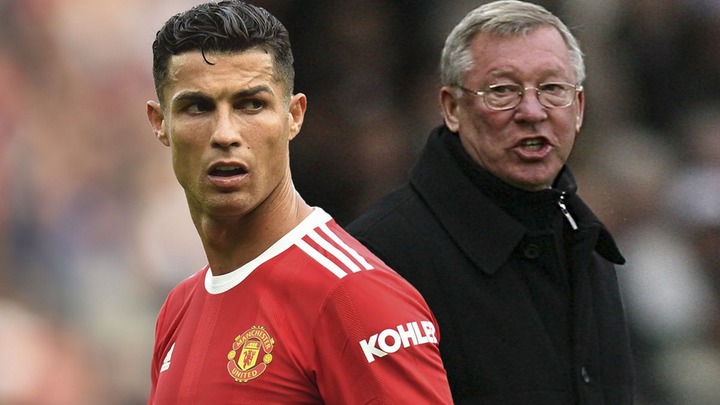 Reports emerged on Saturday saying the celebrated forward had requested Manchester United to allow him to leave the club of good offers come in.

After the reports went viral on social media and angered a section of the Red Devils' fans who bashed the former Real Madrid man and told him to leave the club, Romano has this evening confirmed Ronaldo made the request to the club. 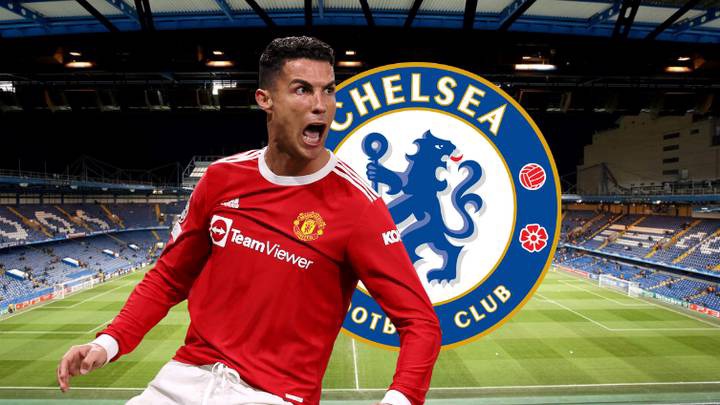 Ronaldo is being linked to several clubs, among them Chelsea

He has said Ronaldo told the club that he wants to leave during this summer transfer period.

According to Romano, Ronaldo wants to leave to see more ambitions.

The club is aware of Ronaldo's wishes but they are still hopeful that he changes his mind and stays at Old Trafford.

So far, a clear destination for Ronaldo is not known even though three clubs have been linked to him, including EPL's Chelsea, Serie A AS Roma and Bundesliga Bayern Munich 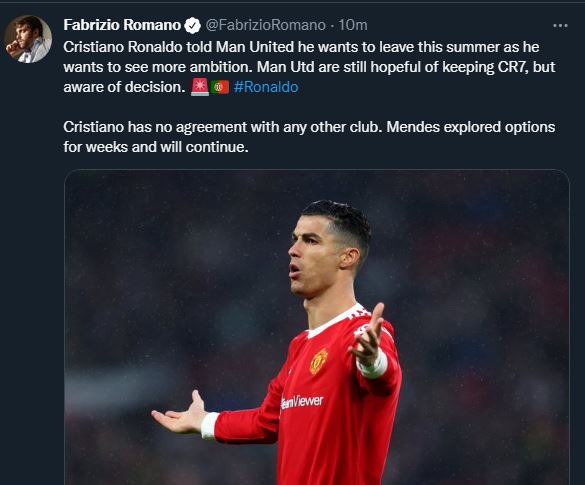 "Cristiano Ronaldo told Man United he wants to leave this summer as he wants to see more ambition. Man Utd are still hopeful of keeping CR7, but aware of decision. 🚨🇵🇹 #Ronaldo

"Cristiano has no agreement with any other club. Mendes explored options for weeks and will continue," Romano said.