Exeter City head into this fixture following a 1-1 League Two draw against Rochdale.

The only name on the scoresheet from Exeter City was George Ray (59'). Max Taylor (69') was the scorer for Rochdale.

Three or more goals per game were recorded in 5 of the last 6 meetings where Exeter City have taken part. Their opponents scored 10 of them in this period whereas Exeter City totted up 13. Such a trend isn’t assured to be carried forward into this next game, of course.

Coming into this meeting, Exeter City are undefeated in their last 15 home league matches. What a fortress.

Northampton Town will go into the encounter after a 1-0 League Two win over Leyton Orient in their previous match.

The only scorer from Northampton Town was Sam Hoskins (41').

Wycombe Wanderers go into this match coming off the back of a 2-2 League One draw against Sheffield Wednesday.

Over their preceding 6 games, Gareth Ainsworth's Wycombe Wanderers have hit the back of the net a total of 7 times giving them an average number of goals scored per match equal to 1.17.

Burton Albion will go into the match following on from a 2-0 League One win versus Doncaster Rovers in their previous fixture.

A run of accomplished showings from the Burton Albion defenders has seen the number of goals they’ve conceded standing at 4 from their past 6 fixtures overall. Over that same period, their own forwards have managed to score 11. However, we’ll just have to find out whether that pattern shall continue on here in this match. 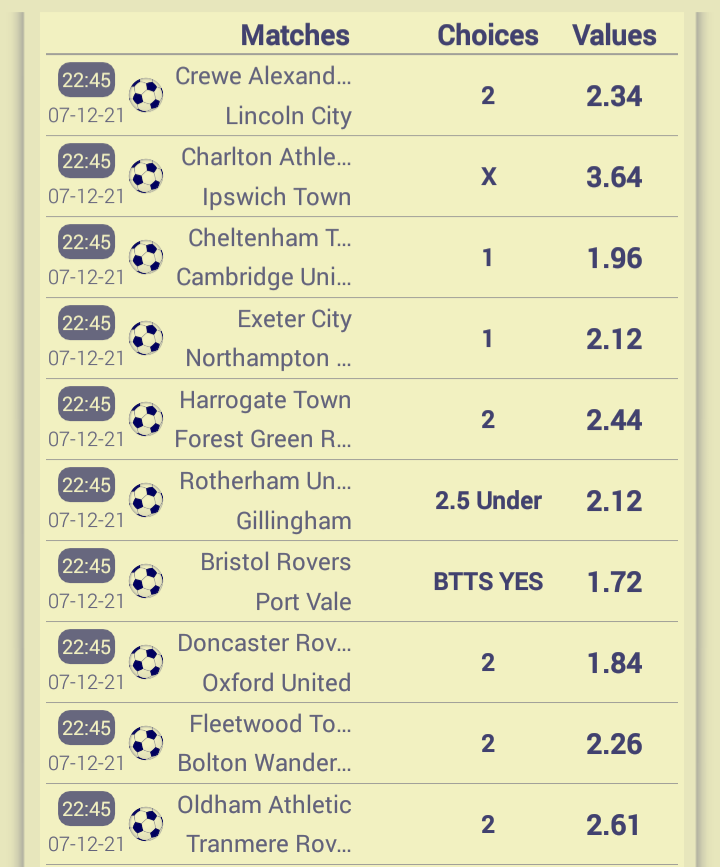 Accrington Stanley fans will want a repeat of their previous result, being a 5-1 League One success over Fleetwood Town.

Fixtures involving Accrington Stanley have usually been exciting affairs lately with plenty of scoring being a real hallmark. Over their past six games alone, a total of 23 goals have been recorded for both teams combined (at an average of 3.83 goals per game) with 10 of them accredited to Accrington Stanley. That kind of pattern isn’t assured to be carried forward here, however.

In their last game, AFC Wimbledon drew 2-2 in the League One match with Fleetwood Town.

Heading into this contest, AFC Wimbledon have not won away from home in their last 2 league games.