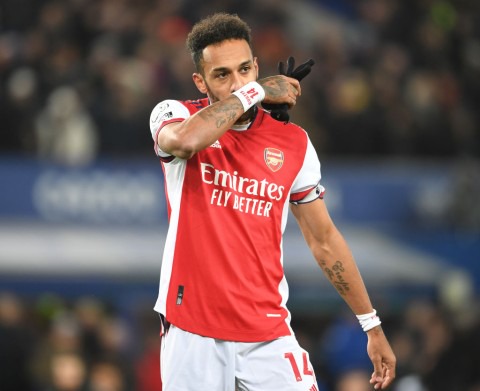 Arsenal have received loan offers from Barcelona and Juventus to bring Arsenal's and Gabonese International striker to their clubs until the end of the season.

The 32 year old has not played for the Gunners after being stripped of the captaincy by Arsenal's Spaniard boss, Mikel Arteta last month following a disciplinary breache.

Arsenal are understood to be willing to let go off the player. Aubameyang joined the Gunners in a £ 56m deal from Borussia Dortmund four years ago during Arsene Wenger's reign.

According to reports by The Athletic, Arsenal have entered discussions with Barcelona and Juventus over the future of the Gabonese star over a potential loan deal.

Al Hilal of Saudi Arabia had earlier approached the player's with an attempt to sign him. However, the player's intentions is understood that he is keen to remain playing at the highest level in Europe. Aubameyang thinks he isn't at the point of joining the Arabian side.

Check Out 3 High Profile Leaders And The Teams They Support, No. 3 Is Weird

Meet The Only Player Who Killed A Referee On The Field, See What The Referee Did To Him