By Emma (self media writer) | 2 months ago 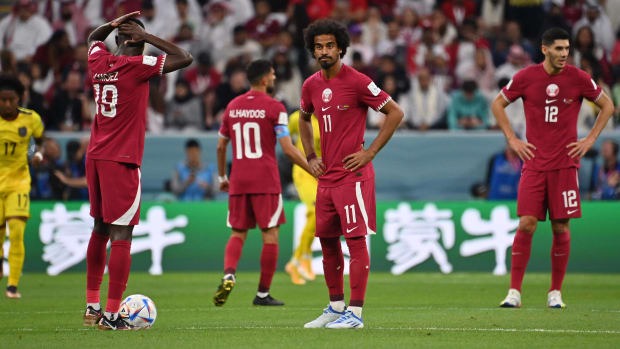 The 2022 world cup started today. Hosts Qatar predictably lost to Ecuador 2-0 at the Al Bayt stadium in front of their 60,000 fans.In highly anticipated match, the host nation were dominated by Ecuador that should have scored more past them.Qatar's inexperience immediately was laid bare in the second minute when they naively failed to deal with an aerial ball in the box and Ecuador striker,Valencia made no mistake to head home but upon a VAR check,the goal was deemed off side,something that left many fans wondering how on earth it was adjudged off side by the VAR team. 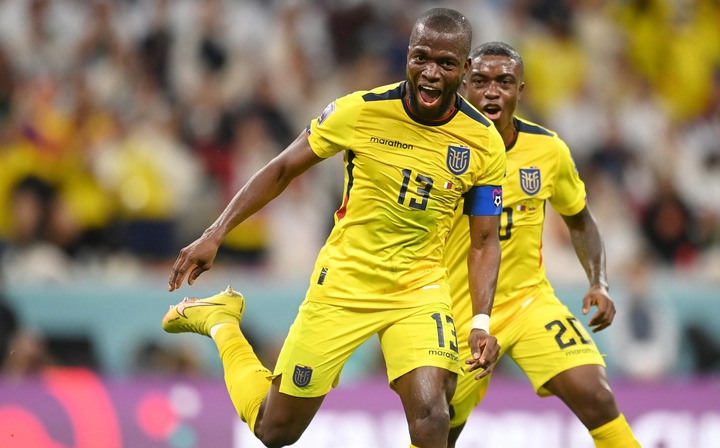 Even after the cancelled goal, Ecuador continued to impose their superiority as they dominated an inexperienced Qatar side.And in the 16th minute,Valencia converted a spot kick to give the South American side a deserved lead.It also became the first goal of this year's world cup.And then in the 31st minute,the Qatar's fate was sealed when Valencia once again powered in a header to make it 2-0.In the second half, it was about game management for Ecuador as they played to preserve their 2-0 advantage.Qatar were an improved side after the break but offered little in attack to trouble their superior opponents. Coming into this year's world cup, Qatar are one of the weakest sides in the tournament despite being the hosts. Their naivety and inexperience was laid bare in front of their home fans.A 2-0 loss to Ecuador made them the first host nation to lose their opening match on home soil.