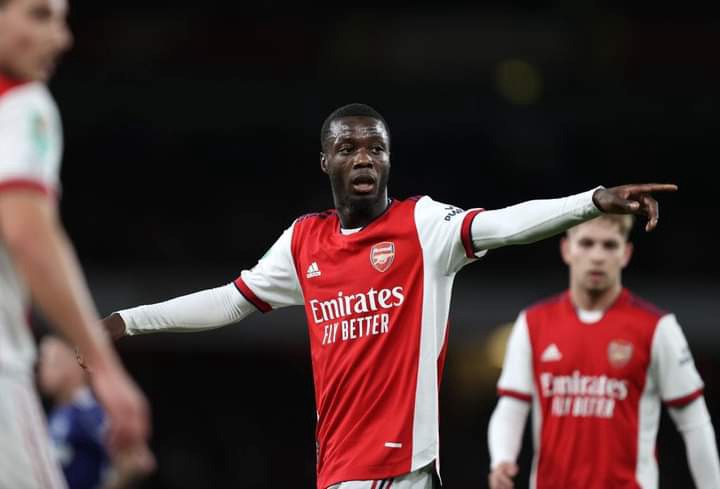 Arsenal have been one of the most active teams during this year's transfer window. The Gunners missed out narrowly on signing a striker in August after Vhlahovic's departure to Juventus. 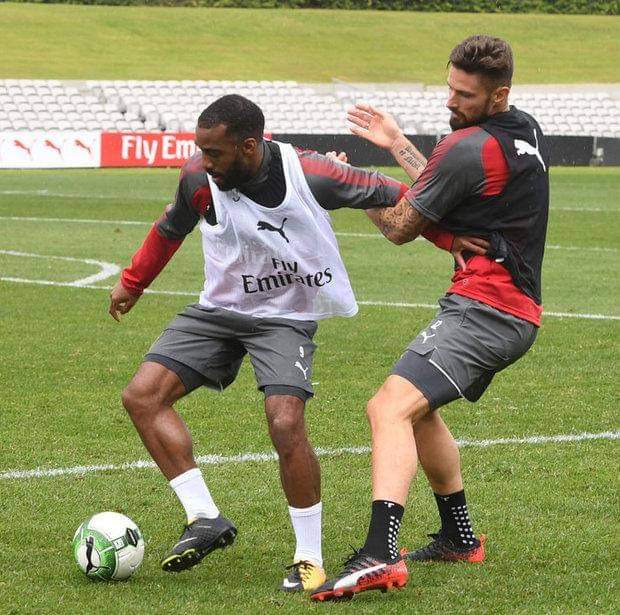 That is one of the reasons why they missed out on the Champions League, with the likes of Lacazzete not scoring enough goals. 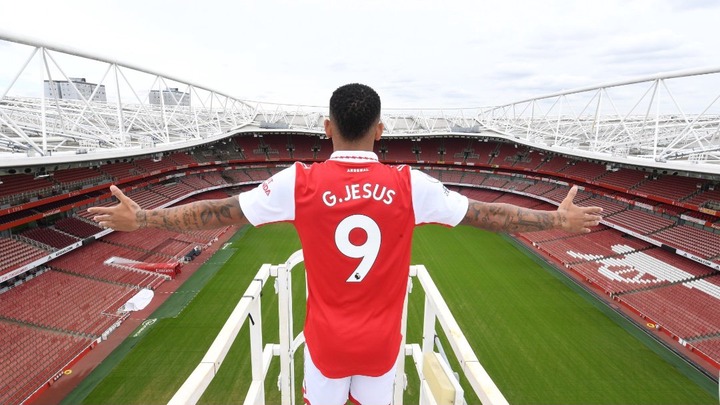 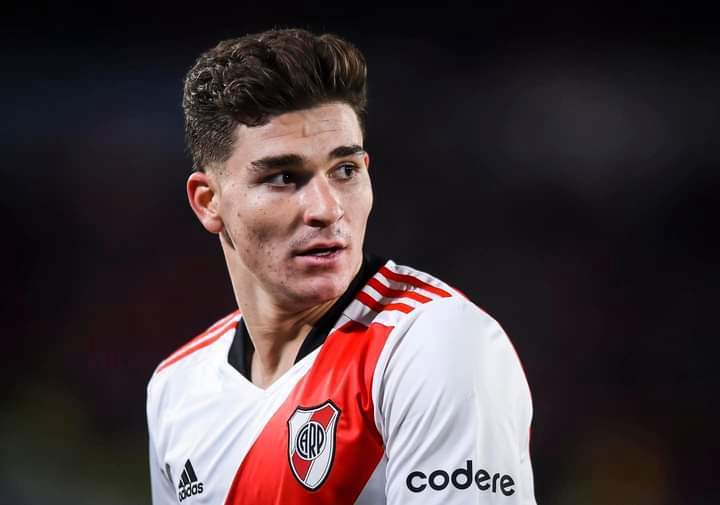 Manchester City had to sell the Brazilian Striker, given they had already bought Erling Haaland from Manchester City as well as Argentine striker Alvarez who once scored six goals in a game. 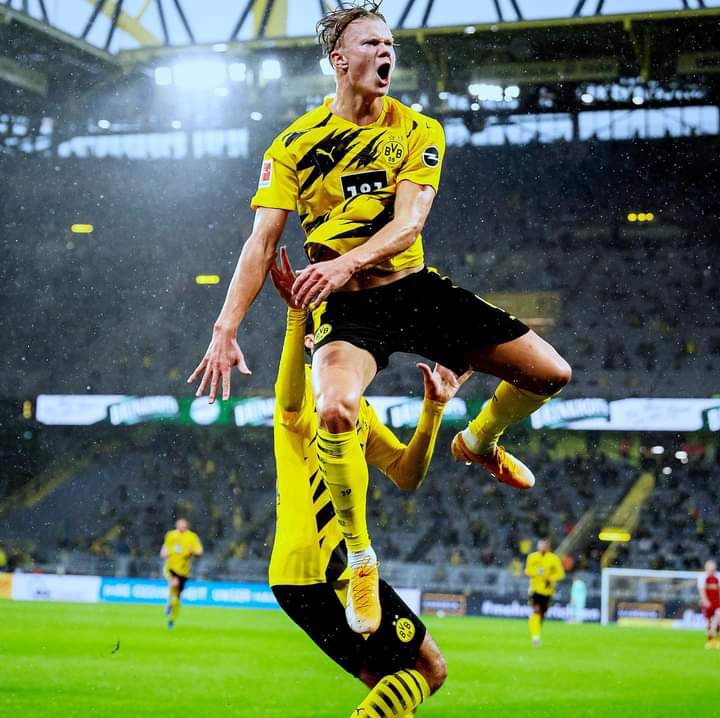 Gabriel Jesus joins Arsenal to be their new number nine with Arsenal lacking players who can fulfill the requirements of that particular position. 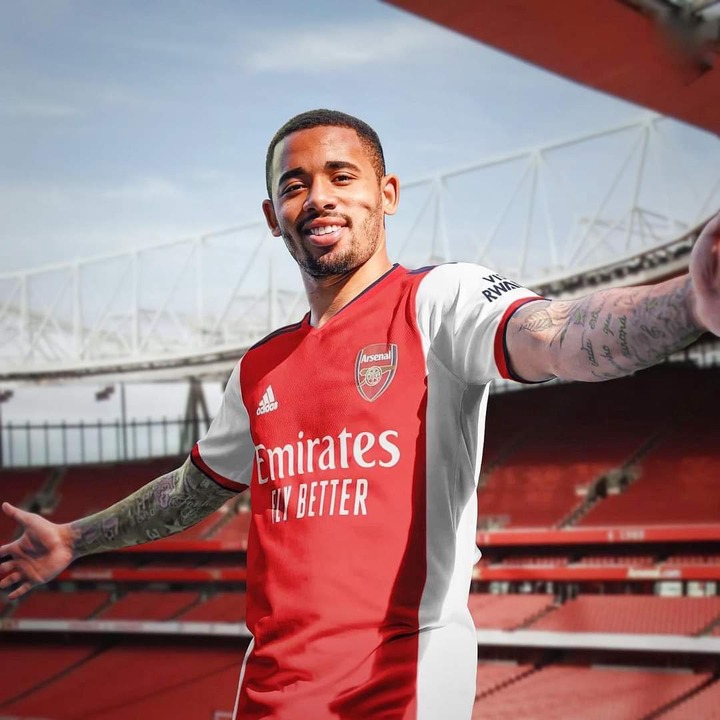 While he is not the greatest goal scorer Arteta signed the Brazilian because he was sure he could improve him to become a more dangerous attacker. 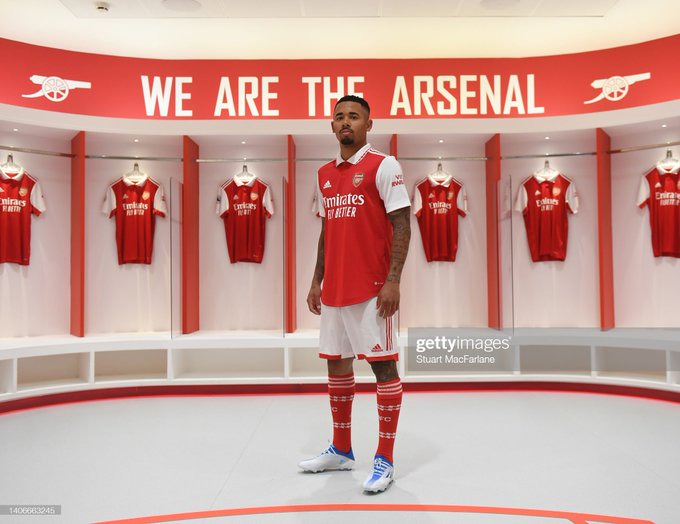 Jesus will also be essential for Arsenal because of his ability to create goal scoring opportunities for the likes of Smith Rowe and Bukayo Saka. 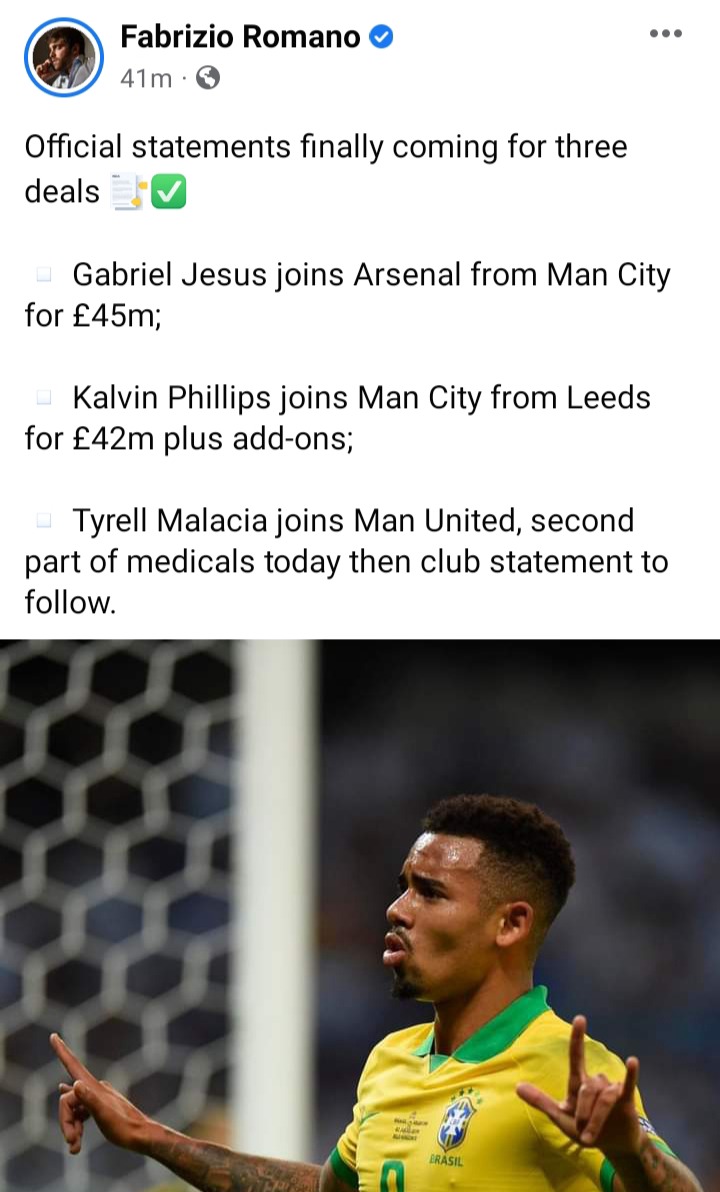 Here are some reactions from Arsenal fans as Gabriel Jesus finally joins the club. 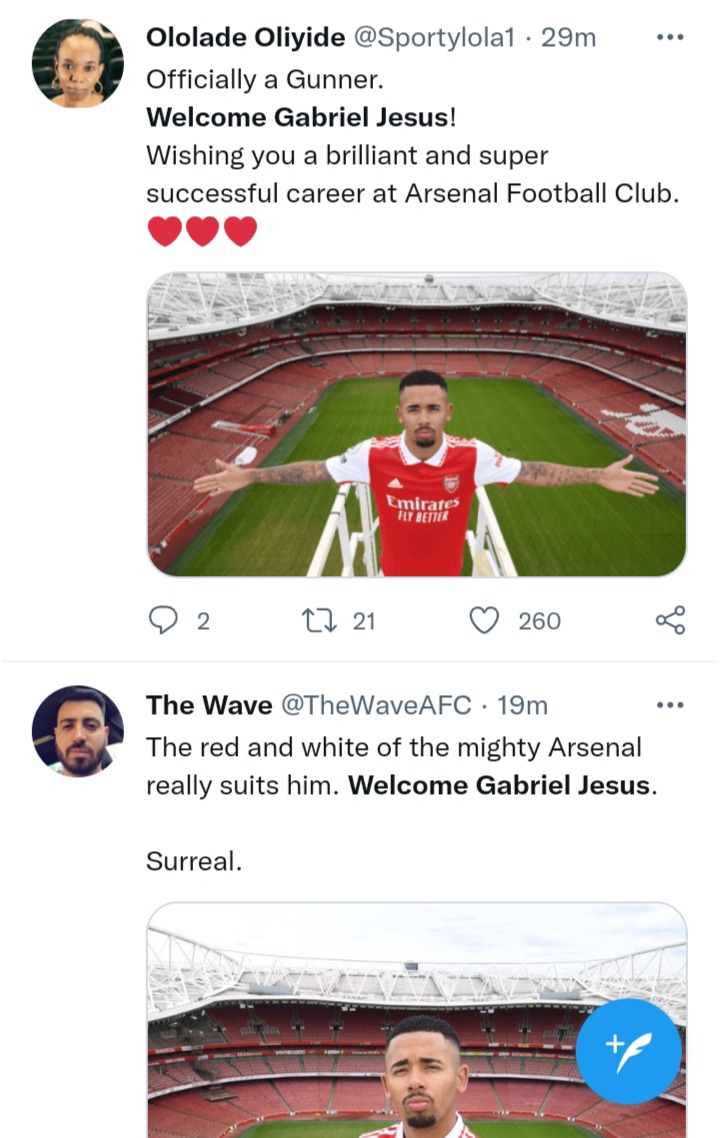 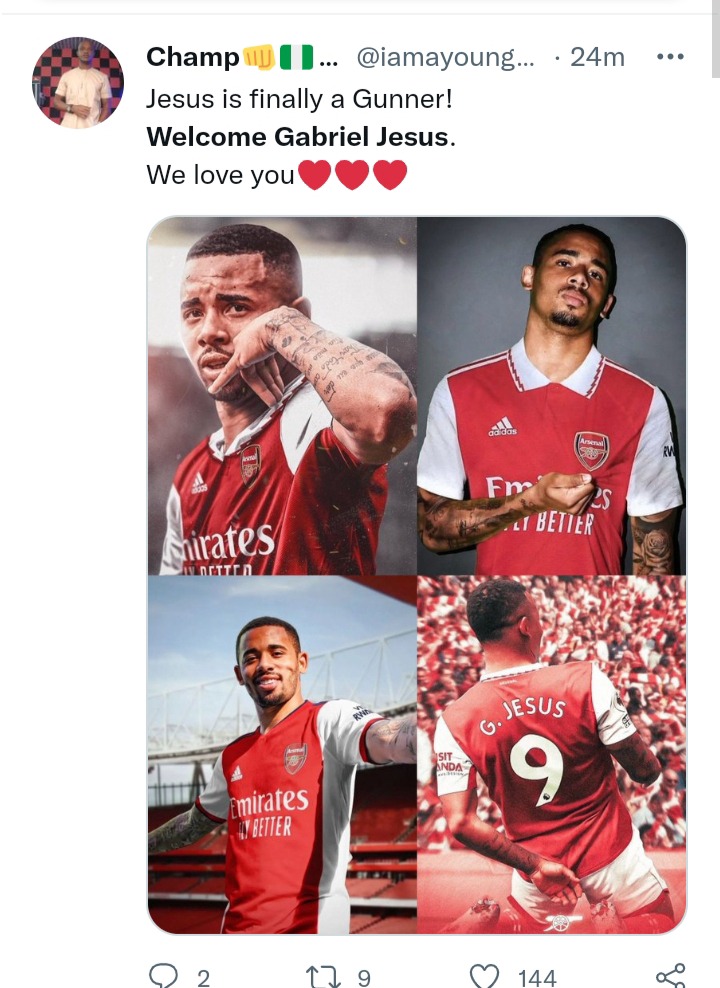 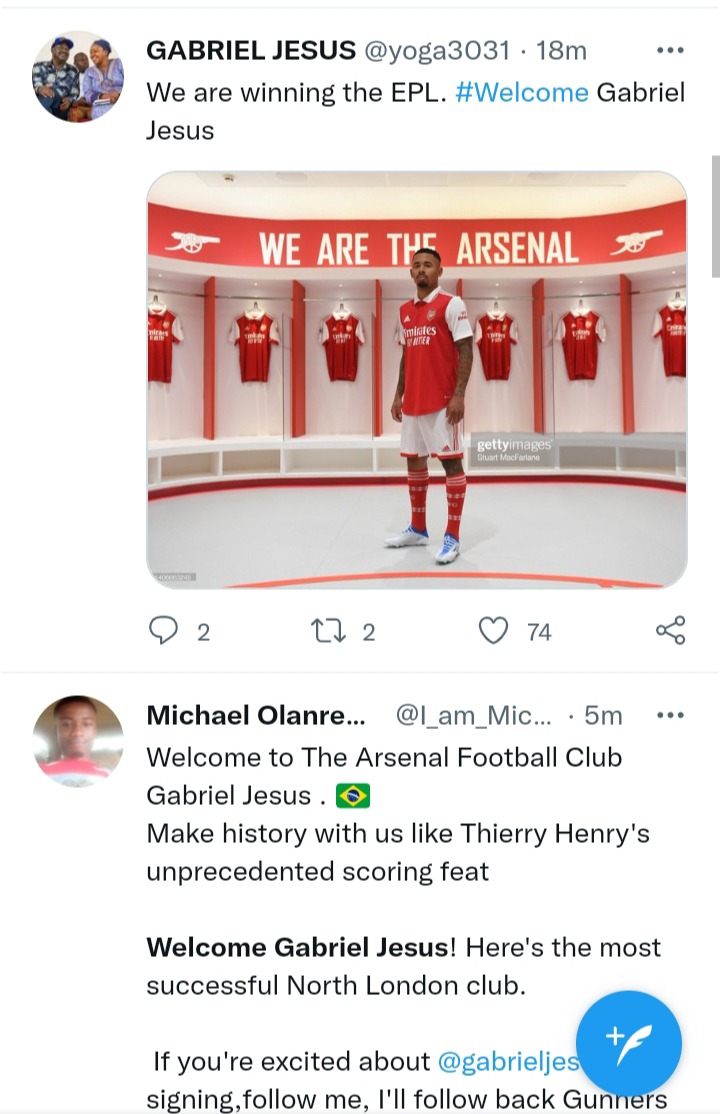 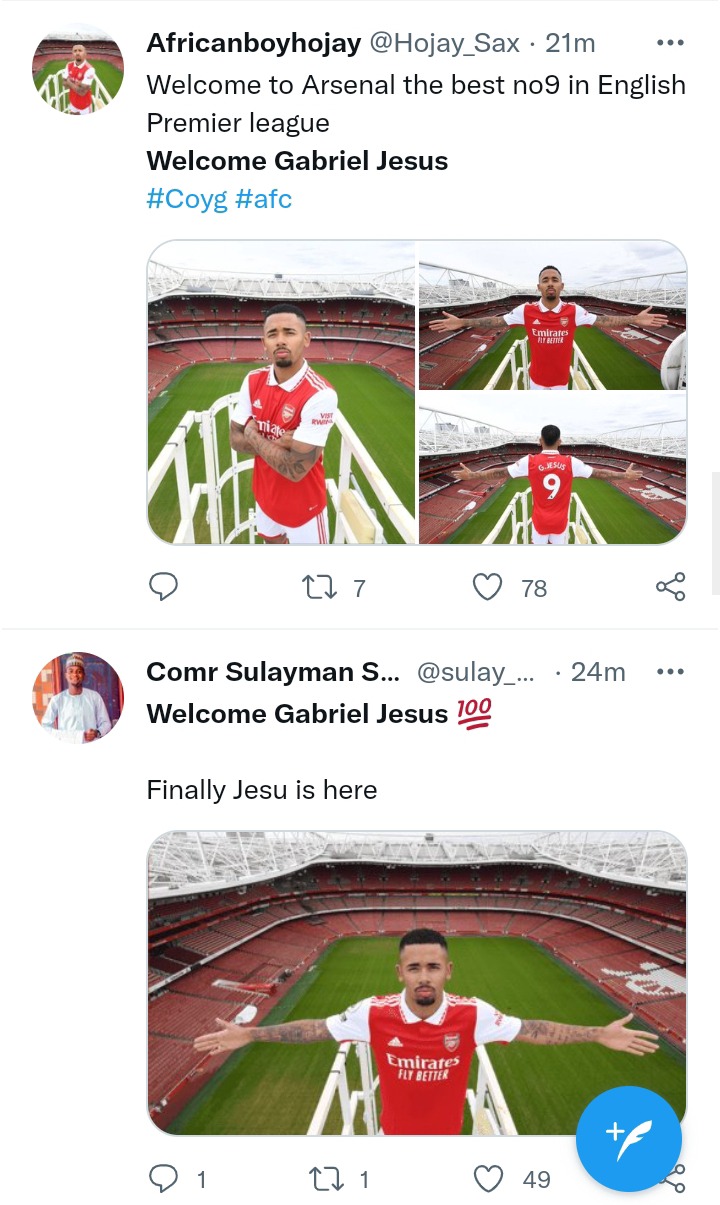 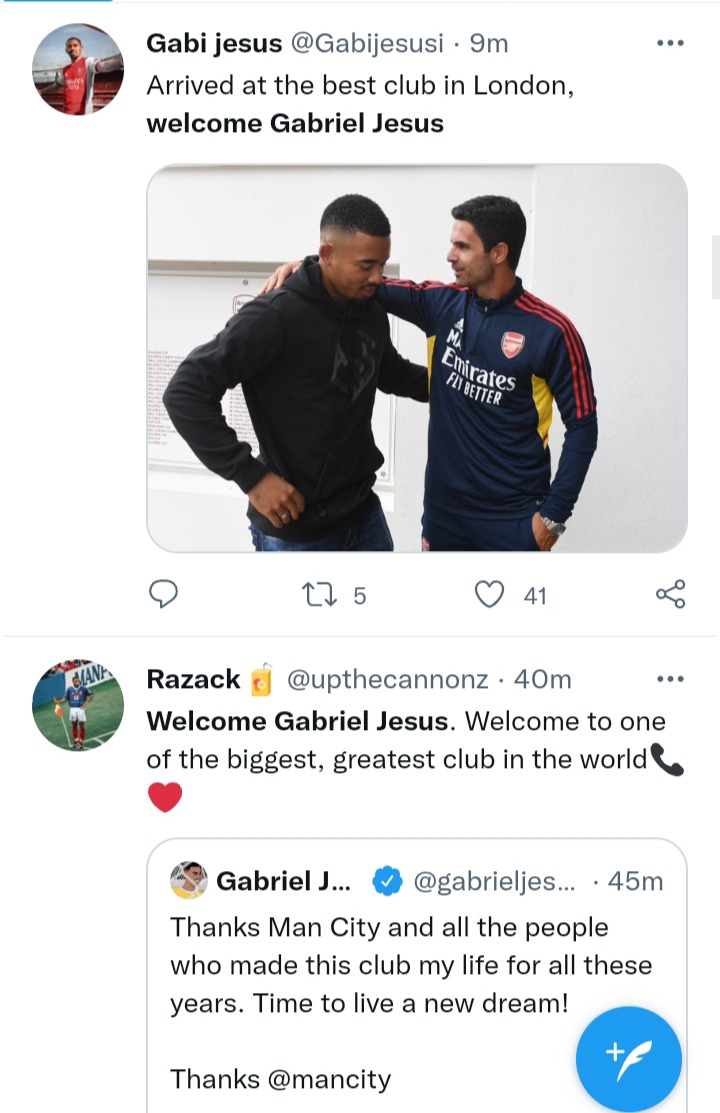