Man Commits Suicide After Staking Ksh 80,000 on a Football Match

By Peterogalosocianews (self meida writer) | 23 days

It was a painful incidence after a fresh university graduate ( Paul Midega) committed suicide after staking on Arsenal game against Manchester city.

According to the report shared by the daily nation via their official Facebook page, Midega committed suicide after his brother gave him Ksh 80000 for fees a move that prompted him to stake on both teams to score between Arsenal and Manchester city.

According to the report, at about 10pm in the evening, Paul Midega could not believe that his money was gone after Manchester city thrashed Arsenal 5-0. 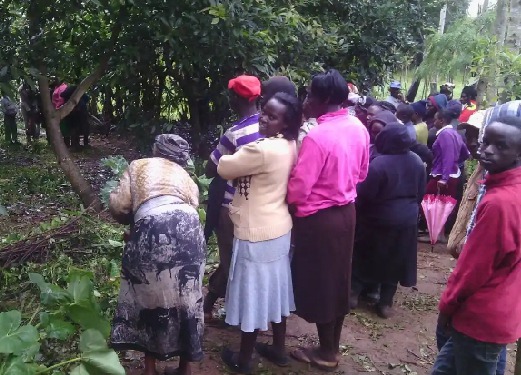 It is reported that Midega staked on the game without his brothers knowledge and believed that the move could help him from the hunger strike in the university.

According to the report, the body was taken to nearby mortuary awaiting for postmortem. The university are being advised to give the comrades free lunch to avoid temptation of students betting using fee to get something for food.

Content created and supplied by: Peterogalosocianews (via Opera News )

Meet The Only Women's University In Kenya (PHOTOS)

Two Things That Every Campus Girl Should Avoid.

Just in: Relief To all Teachers As New Details Emerge About Class Programs

Blow To Teachers As TSC Hatch A New Plan