By Mchambuzi (self media writer) | 1 year ago 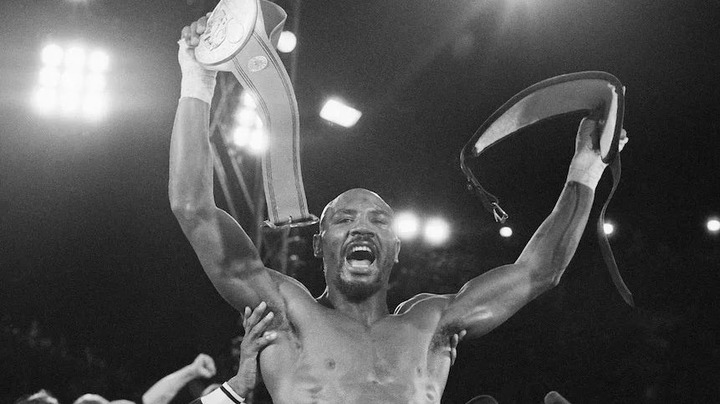 His passing news was broken by his wife Kay Haglee through a FB post indicating that he had died unexpectedly at their home in New Hampshire. She further requested people to respect her husband and family privacy especially in there mourning period.

In the history of boxing, Marvelous Hagler who was initially known as Southpaw Hagler, took part in 67 fights out of which he won 52 fights on knockouts , drew 3 times and lost 2 times. finishing 62-3-2 with 52 knockouts.

One of his major game that he lost was the controversial fight between him and Leornard Ray in 1987 where judges declared Leonard as the winner. 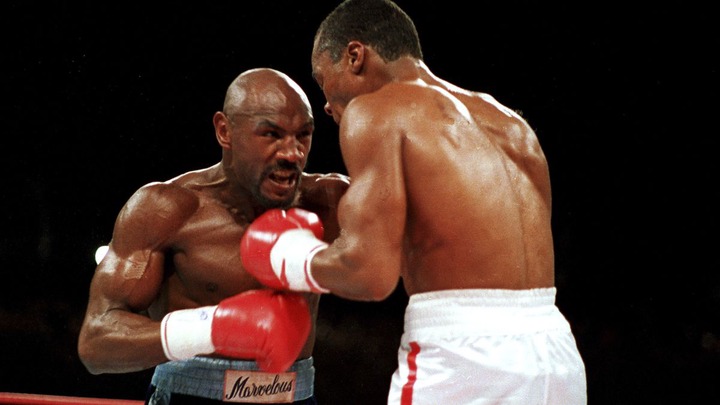 Photo:Marvin Hagler and Leornard Ray in a fight in 1987.

This saw the end of Marvin's rig life as he stopped fighting and turned into acting.

Hagler made 12 successful title defences and famously won the classic fight known as ‘The War’, when he beat Thomas ‘Hit Man’ Hearns in April 1985.

Due to the love he had for the rig he once said: “If they cut my bald head open, they will find one big boxing glove.That’s all I am. I live it.”

His death shocked many especially his former cocolleagues on the rig who came out to expressed their deepest condolences to the family.

Former world featherweight champion Barry McGuigan said he was “shocked and deeply saddened” to hear of the “incredible” Hagler’s death.

“I’m honoured to have spent some amazing times with him. My heartfelt sympathies to his wife Kay and his family. Rest in Peace Champ,” Bharry said.

British heavyweight Derek Chisora said Hagler was “one of the greatest”. Hagler has left behind five children with his first wife, Bertha: Charelle, Celeste, James, Marvin Jr., and Gentry. In 2000 he married his second wife Kay Hagler.

Rest in Peace Marvelous. Your fights will always be cherished.

Content created and supplied by: Mchambuzi (via Opera News )