RB Liepzig are preparing to welcome back their prodigal son Timo Werner who made less of his reputation while at Chelsea. The German international has consistently struggled for the past three years at Stamford Bridge and many, including himself, thought it wise to finally call it quits with the London based club. Liepzig initially wanted to sign the out of favor striker on loan but since his contract was to end in a couple of years, the ideal decision was made to sign him permanently. Meanwhile, Chelsea have not yet disclosed publicly their plans to sign a replacement but it is understood that recent behind the doors meetings have been directed towards recruiting a new striker. Signing a potentially prolific striker like Werner will be an uphill task for Boehly, especially since the new season is up and running but the resources needed to complete the same are all within his arms length. The precise timing for initiating a transfer move is all that matters at the moment.

Barcelona are understood to have double up their efforts in signing Chelsea’s star fullback Marcos Alonso. The Catalans have been chasing after the 28 year old for the past month but unfortunately the progress they have made so far has been very minimal. For the player, the move would be a big step up in his professional footballing career since his childhood dream was to play for the 5 time Champions League winners. According to Fabrizio Romano, if all goes as planned, the deal could be complete within a week’s time from now. 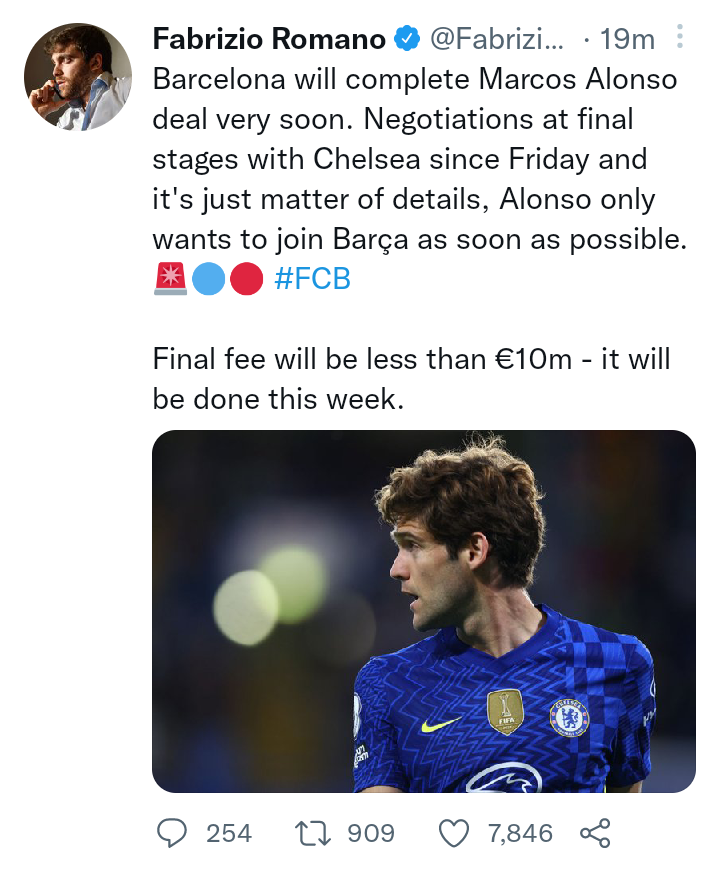 Following the impromptu signing of Marc Cucurella under Manchester City’s noses, Chelsea can be assumed to be ready for the imminent transfer move of Marcos Alonso. Thomas Tuchel has made it a point to every player in his squad that if they are not satisfied with the little he can offer to each of them, then they should feel free to request for an immediate transfer. Tuchel wants players who are 100% behind him; anything less than full support is unacceptable. 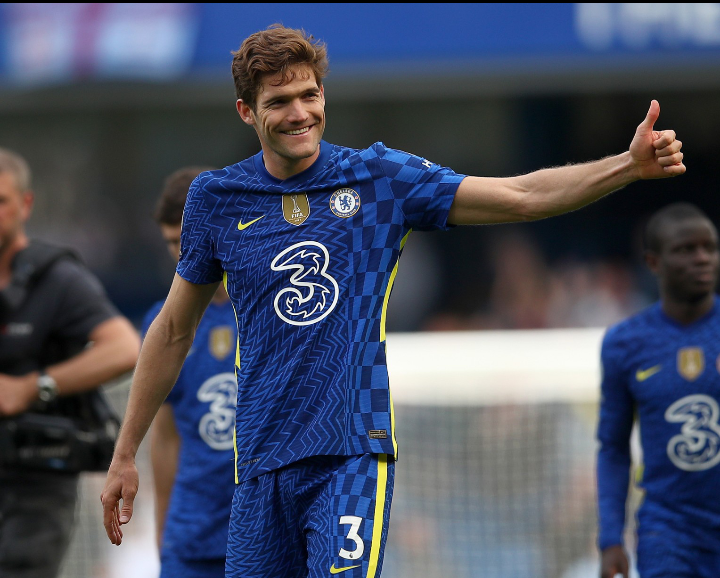