By Crazylass (self meida writer) | 13 days

Pep Guardiola is currently managing Manchester City who have proven to be League leaders. The gap between them and second placed Manchester United is too large to be recovered. Pep is preparing his team to face Leceister City who are on top form currently. It will be a fight between number one and three in the Premier League table. Manchester City have no injury issues at the moment. The clash of the titans will be awaited as the two teams face each other at King Power Stadium. 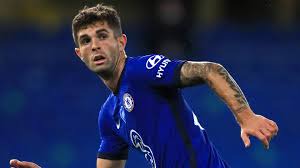 Gurdiola has praised Chelsea’s squad claiming that they are in good form. He has accorded individual praise to American star Christian Pulisic. He has stated that the Blues winger gives his defenders problems because of his spectacular dribbling skills. He thinks that the player has been unlucky with injuries. He identified massive talent in the young winger. He has however said that Pulisic has only failed to score but his performance has been on top form. He further added that Tuchel is the right man to make Pulisic a great winger. He knows and acknowledges the tactics of the Germany coach. Pulisic has today claimed that he feels in good form and hopes to score goals and help Chelsea win remaining games.