Manchester United were last night held to a 1-1 draw by Villarreal until extra where Villarreal went on to win on penalties after David De Gea missed a crucial spot kick. De Gea who had chipped in 11 penalties in a row was under intense pressure since he has never been offered a chance to hit a spot kick in his entire career as a goalkeeper. Sports analyst, Angelo Mangiante who currently works for Sky sports produced evidence of how David had been directed to move in order to save the penalties. 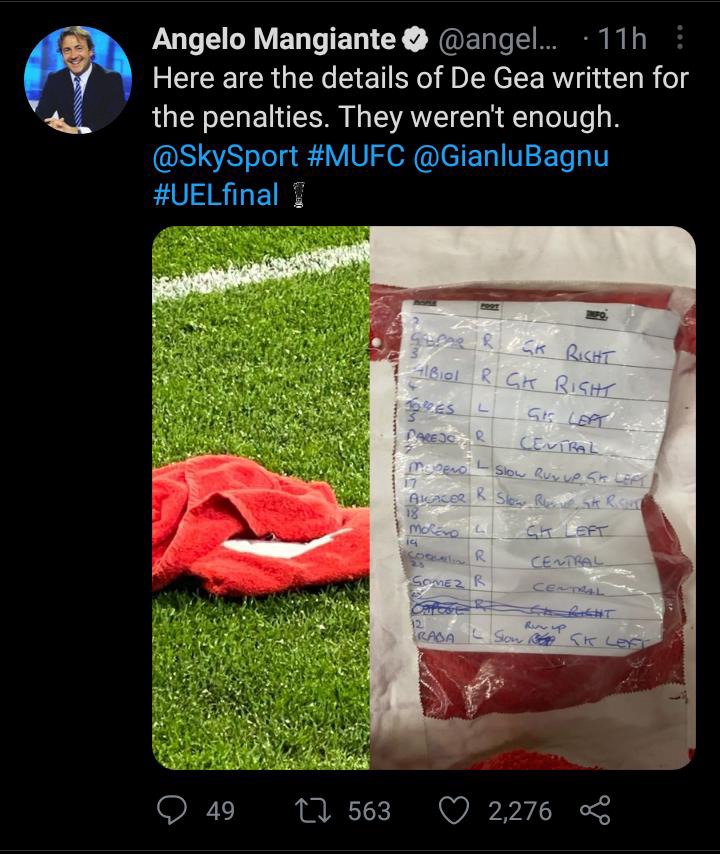 David followed the first 5 penalties according to how he was directed but on the 6th penalty that was taken by Gomez, the respected goalkeeper chose to move. Clearly De Gea would have saved this penalty as it was struck right in the middle as per the notes handed to him. 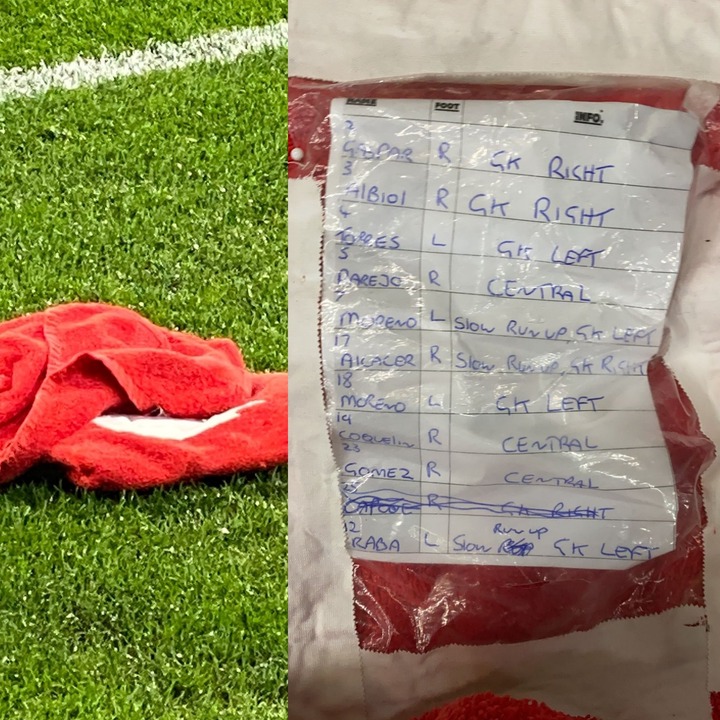 De Gea however followed 7/10 of the instructions, but this was not enough as the Manchester team had not considered the option of a goalkeeper taking a penalty. There were only two penalties where both the penalty striker and De Gea acted according to the notes- the third by Paco Alcacer and the forth by Gerrard Moreno. De Gea however saved neither of the two penalties. 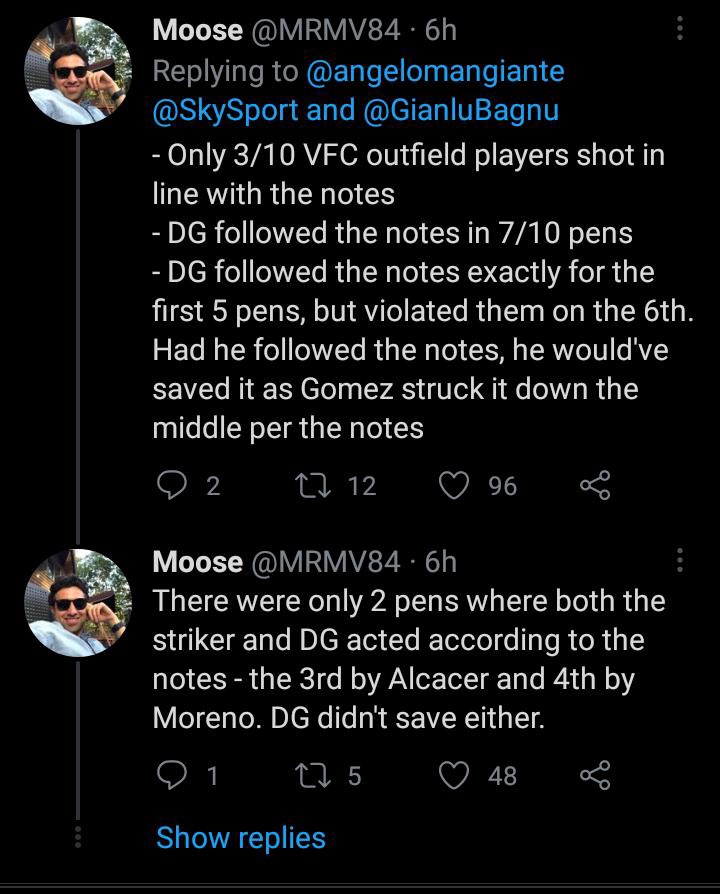 Ole Gunnar however defended David and stated that when a game heads to penalties anything could definitely happen, and he was not to blame for the loss. Ole stated that the couple of missed chances definitely came to haunt them as Villarreal scored with their only shot on target. 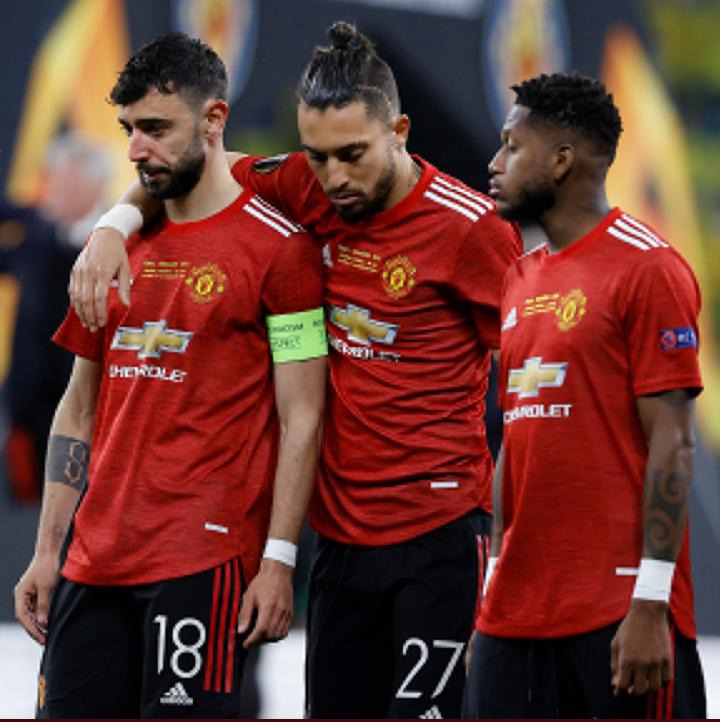