Saturday's Multibets To Bank On

By AkalicheTheBloggerInChief. (self media writer) | 4 months ago

A 2-0 win over Jahn Regensburg in the penultimate round of the 2. Bundesliga saw Sandhausen avoid the relegation playoff by just a single point last season but they will be hoping for a more comfortable campaign this time around.

They lost four of their final five games but they have strengthened during the summer and the signing of Pascal Testroet could prove key in their survival fight. Their home form, too, could be pivotal and that could earn them an opening day win as Fortuna Dusseldorf come to visit.

The hosts lost just one of their final ten home league games and won on seven occasions, and in Dusseldorf they face a side that did only win two of their final five games despite a fifth-place finish.

Away from home they won just twice in their last eight trips and four defeats during that period could be a concern heading into this opener. This included a 2-1 loss to rock-bottom Wurzburger Kickers and with Sandhausen’s home form backing a home win along with a 2-1 correct score prediction – which landed in two of Fortuna Dusseldorf’s last four away defeats – looks a good bet. 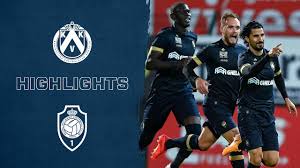