By FutSol (self media writer) | 4 months ago

Well done to Spain for winning the shoot-out, but I think that Switzerland were definitely robbed with the unjust red card and unlucky own goal. Spain dominated the whole game, they deserve it. Switzerland may feel down after being put out in such dramatic fashion but at least their flag is a big plus. 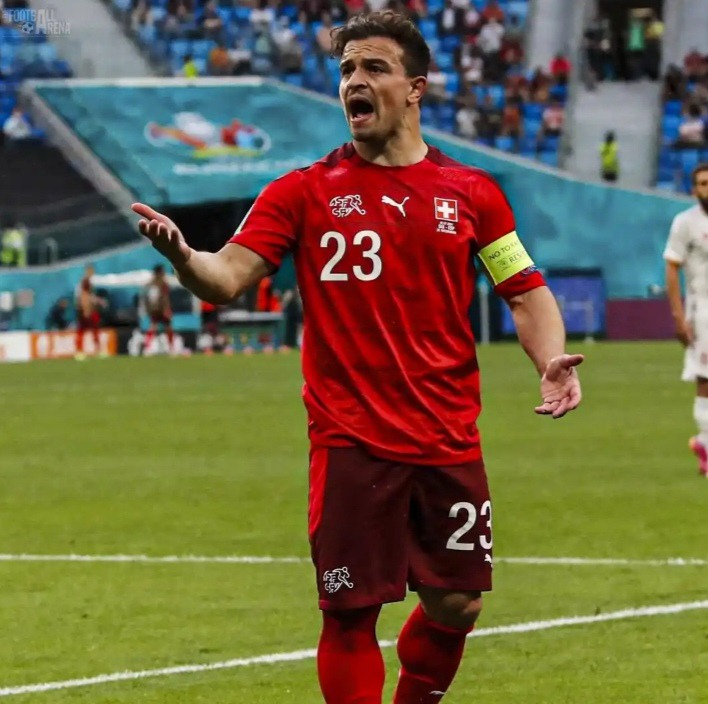 Switzerland were lucky to get to penalties but they lost the chance. Bizarre penalty shootout. Very poor at this level. The match started and on the 8th minute, a corner was awarded to Spain. Denis Zakaria scores an unfortunate own goal after a shot on target played by Jordi Alba. That goal makes up to 0-1 in Spain's favor.

It was not so long before Switzerland drive forward at breakneck speed and Shaqiri pulled a shot to get the level at 1-1. He slided the ball into the corner and Switzerland were back in the game!

Jordi Alba gets a quite number of shots on goal, but the efforts were unsuccessful. Al's Marcos Llorente (Spain) had some shots but the strike was cleared by an untiring defence. Switzerland had a total of sixth substitution with Fabian Schar replacing Denis Zakaria in the last substitutes.

Content created and supplied by: FutSol (via Opera News )