Manchester Clubs Battle At The Top Of Most Valuable Squads 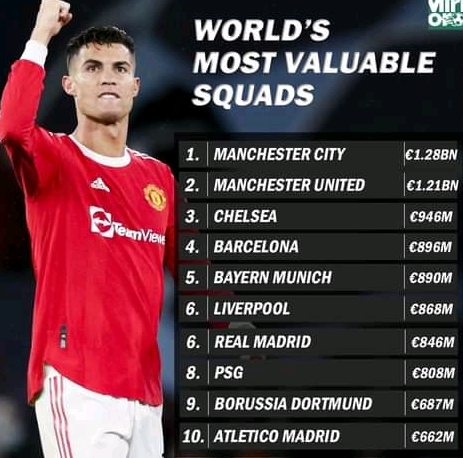 Manchester City are the current most valuable squad in the whole world according to CIES football observatory who values them at £1.28 Billion. Manchester City bought Jack Grealish at £100 Million last summer and are battling with local neighbours Manchester United who are second with £1.21 Billion squad valuation. Manchester United signed Jadon Sancho, Cristiano Ronaldo and Raphael Varane last summer transfer window to add on to their most expensive players lead by Fernamdes, Rashford, Pogba and Harry Maguire. Chelsea have the 3rd most valuable squad worth £946 Million after signing Romelu Lukaku last season at £105 Million from Inter Milan. 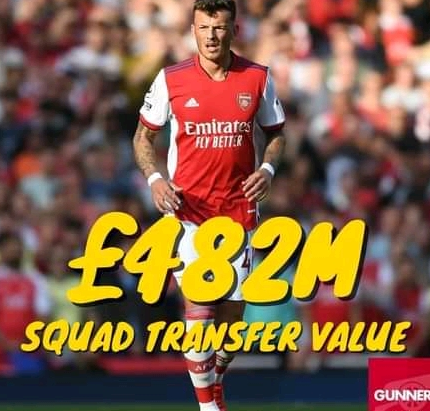