Who are the shortest forwards in EPL? We have got the answer here in falcom daily after conducting a thorough research. We compiled the heights of all premier League forwards from official Premier League website then sampled the shortest forwards in EPL. A forward is a player who plays in the frontline, be it a main striker or winger. We have several forwards of different heights and weights. Sometimes, you’ll notice some short forwards have some advantage in the pitch. A good number have stability, control, and pace. We have many who are giving great output while in the pitch, therefore we have made some appreciation article here. Here, we have recognised the 10+ shortest forwards in premier League right now. Let’s dig in.

Daniel Podence is the shortest forward in EPL 2023. This player of Wolverhampton Wanderers normally play as a winger. He has done an incredible job for his team. We have many strikers in Wolverhampton but Podence has managed to be part of the main team. What makes this player outstanding is his Pace, therefore defenders have to work in order to catch up with him. He is the shortest forward as well as a great player in EPL.

Keane Lewis Potter is a Brentford player. Brentford have been troubling many teams including the big six in EPL. Thanks to Kean potter for his contributions in the squad. We can’t mention him as the second shortest since we have others below of the same height. Though he is one of the 10+ shortest forwards in EPL.

Bobby De Cordova is a forward playing for premier League side, Fulham. He has a height of 1.70 metres making him one of the shortest forwards in EPL. He is a good player and has some impact on Fulham’s success. Fulham was promoted to premier League at the beginning of 2022/2023 season as Cordova has played a key role.

Brennan Johnson is a Nottingham forest player with a height of 1.70m. That height makes him one of the 10+ shortest forwards in premier League right now. Nottingham forest was recently promoted to EPL at the start of 2022/2023 season. Therefore, this player also joined in EPL and now making into this list. He is a player with great composure and has contributed to the promotion of Nottingham forest.

When we talk about shortest forward who are troubling defenders, we talk about Goncalo Guendes. This Wolverhampton Wanderers forward made it to Portugal national team. It is not easy to be part of a world cup team that made it to quarter finals. Guendes as an individual player, he had a great impact. His name was in the mouth of many after scoring a hattrick for Portugal. 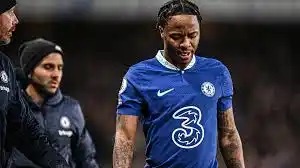 Theo Walcott has been having a great football career. He was once one of the main players of Arsenal FC. Now he has joined Southampton and still a great forward. This player has a height of 1.70 metres making him one of the 10+ shortest forwards in premier League.

Shika Shoretire is a Manchester United forward. He is not yet very popular in this one of the greatest teams in the world. Manchester United has many forwards and making it into this club means he is a wonderful player. This player has a height of 1.70m.

Julian Alvarez is a Manchester city player from Argentina. You can’t imagine how Julius Alvarez has had a successful football career. This player was signed to Manchester city at the beginning of 2022/2023 season. He then made it into Argentina national team where he has won his first world cup. Julian Alvarez scored some crucial goals that led the national team to the final. He has a height of 1.70 metres and very capable of making a team prosper.

Brian Mbeumo is Brentford player from Cameroon. He is one of the main players for both Cameroon and Brentford. No doubt that this player is outstanding. He played a key role in making Brentford to be promoted and then dominate in premier League. He has a height of 1.71 metres.

Emiliano plays for premier League side, Aston villa. Being part of a team that has great history is not a joke. A team that has not been relegated for sometimes and having one champions League trophy. What a wonderful achievement to Emiliano Buend who is also a good player. Emiliano has a height of 1.72 metres.

We have a big tie in height of 1.72 metres. This Leads United player also has the same height, hence making into this list. Leeds United fans know the capability of this player who is considered one of the shortest forwards in EPL.

This is another player who has also the same height of 1.72 metres. Surprisingly, he is also a Leads United player. Leads United is a good team and being part of it makes him great too.

Sterling has also make into this list with a height of 1.72 metres. If you are a premier League fan, then sterling might be popular to you. This player is incredibly, delivering for Manchester city and now at Chelsea. Moreover, sterling has regularly been called to represent his national team, England. You can’t deny that this player is wonderful, with his pace and dribbling skills.

This is the last player in our list of 10+ shortest forwards in premier League. You might have noticed several players with a height of 1.72 metres above. This player from Westham is also part of them. We all know how Westham United is one team that have been bringing competition in EPL. We also have top tier players in Westham United and Said Benrahma being on the squad is a great achievement.