The Foxes Suffer Defeat at the Hands of the Magpies

By MasterKruger56 (self media writer) | 6 months ago

Leicester City's top four hopes were dented after losing to Newcastle United by four goals to two at King power stadium in Leicester.

Leicester found themselves in unfamiliar territory when they were four goals down with only 10 minutes left to play. They managed to pull two goals back but that was not enough to earn them any point. 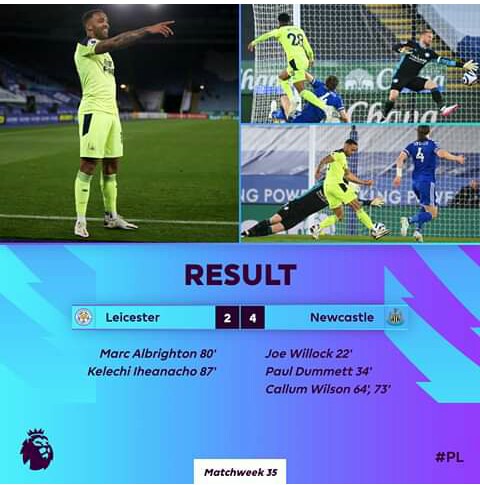 Newcastle midfielder Joe willock who is on loan from Arsenal opened the scoring in the 22nd minute. Paul Dummett scored the second goal in the 34th minute to give the Magpies a two goal lead at half-time. Newcastle striker Callum Wilson added two goals in the second half to make it four.

Leicester tried to come back in the game at the final minutes when they got two goals from Albrighton and Iheanacho but that wasn't enough.

Leicester City are still in position three with 63 points after 35 games. With only three games left in the league, it meaans that the top four race will be tough since the chasing lot are not far off and the pressure is now mounting. 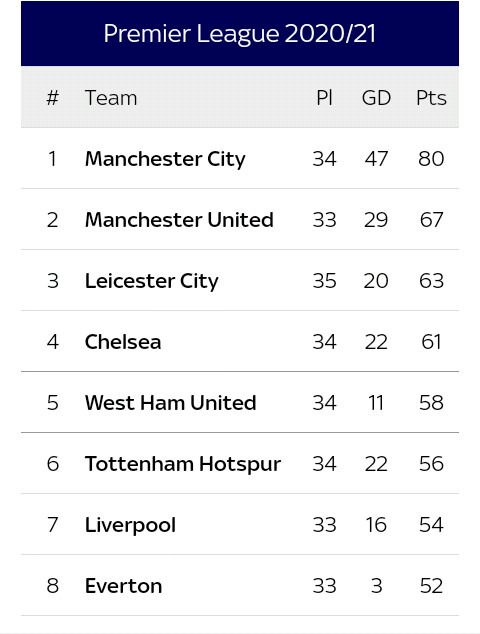 On the other hand Newcastle's win means they will be safe to play in the premier league next season. The three vital points have seen them climb several places from bottom of the log. Newscastle are now in position 13 with 39 points after 35 games.

It's safe to to say that Newcastle United have secured their premier league future next season unless miracles happen. 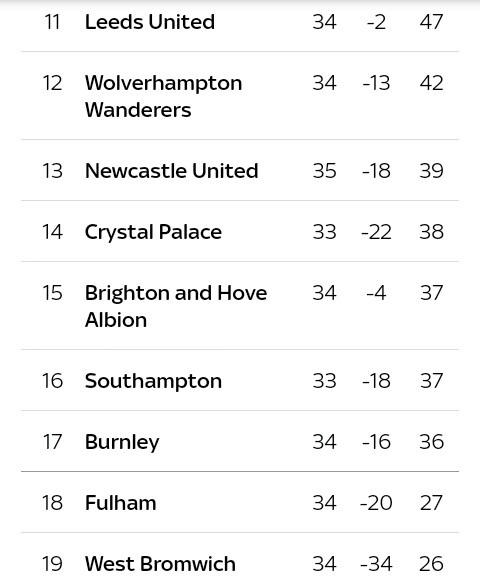 After the impressive win, one of the key players by the name Joe willock who was also on the scoresheet couldn't hide out his happiness. This is what he said, " I have come off the bench a few times and i scored, so i was knocking on the door. I told the manager i need to start and he believed in me to put me in from the start. Hopefully i repaid him."

Content created and supplied by: MasterKruger56 (via Opera News )