By KatambeNews (self meida writer) | 21 days

Messi, 34, dropped to the ground in joy at the full-time whistle and was swiftly mobbed by his team-mates, before being hurled in the air in celebration, as he finally claimed top-level honours with his country in his 10th major tournament. 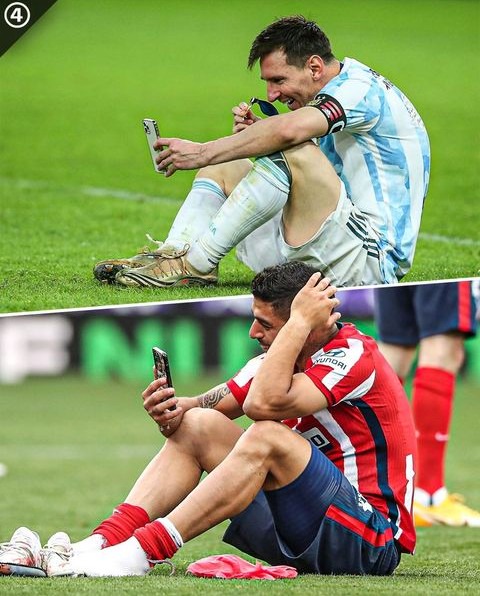 Lionel Messi was overcome with emotion after he finally ended his long wait to win a major international trophy with Argentina.

The 34-year-old, currently a free agent after his contract at Barcelona expired, fell to the floor at full-time in a sign of huge relief, while his former team-mate Neymar was in tears after he was unable to inspire Brazil to victory.

It was a huge hurdle crossed for the six-time Ballon d’Or winner, who has been a beaten finalist on four separate occasions with Argentina three times in the Copa America and once in the World Cup.

Its believed that Messi later faced timed his old friend Suarez who was eliminated in the tournament by Colombia in the Quater finals.

At the end of last season, Suarez won the LaLiga and immediately after winning the medal he facetimed Messi where he showed him the shiny medal. That is exactly what happened last night where Messi showed Suarez what he had won.