By YoboNews (self media writer) | 8 months ago 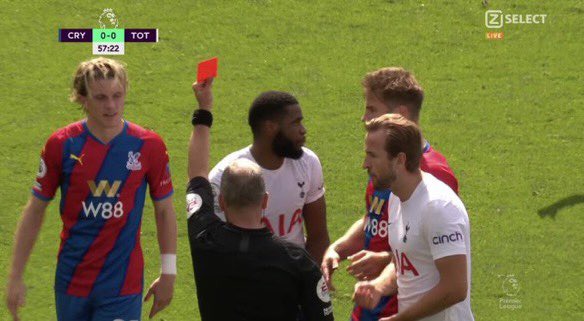 Tottenham Hotspurs were reduced to 10 men after their center back Japheth Tanganga was shown a red card following a silly tackle on Jordan Ayew.

Tanganga who was the best Tottenham Hotspur player until his dismissal had earlier had a fight with Crystal Palace's Wilfred Zaha after he pushed Zaha to the ground. Zaha got so furious and starting fighting Tanganga viciously before they were separated by their teammates. The referee later called them aside, lectured them before showing each dof them a yellow card. 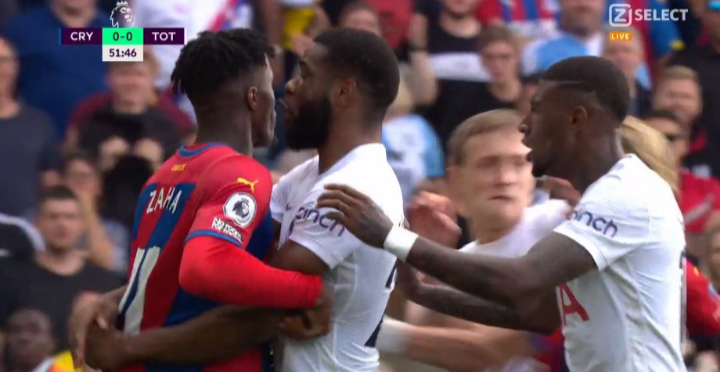 Zaha would be seen to not be contented with the referee's decision but since there's nothing he would do, the match continued. It was three minutes later than Tanganga Made an unwarranted tackle on Jordan Ayew just in front of the referee. The referee immediately dipped his hand inside his pocket and dished out a red card which he immediately shown to Tanganga signaling that Tottenham were to finish the game with one man less.

It was until the 75th minute that Crystal Palace took the lead after Wilfred Zaha converted a penalty. Eight minutes later, supersub Odsonne Edouard extended Crystal Palace's win after only spending a few seconds in the pitch. During extra time Edouard scored his second goal to ensure Crystal palace won the match convincingly.

The match ended 3-0 in favor of Crystal Palace who got their first win of the season under their new coach Patrick Viera.

Evening Setback For Karua as Azimio Convoy is Heckled in Nyandarua