By duncan-writes (self media writer) | 1 month ago 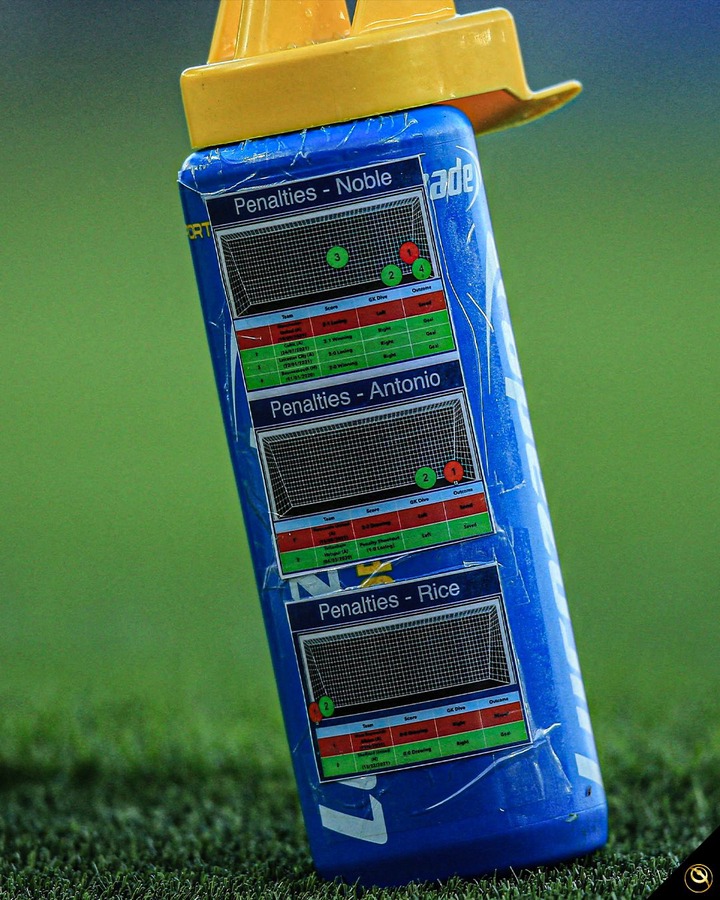 Football matches have on several occasions experienced genius moments. From on-field players directing goalkeepers on saving penalty kicks to goalkeepers being sent off the field and an on-field player being forced to act as the goalkeeper, a lot has happened.

During yesterday's English Premier League between Everton and West Ham, Everton's goalkeeper Jordan Pickford water bottle was exposed by the camera man for containing vital information for the match. 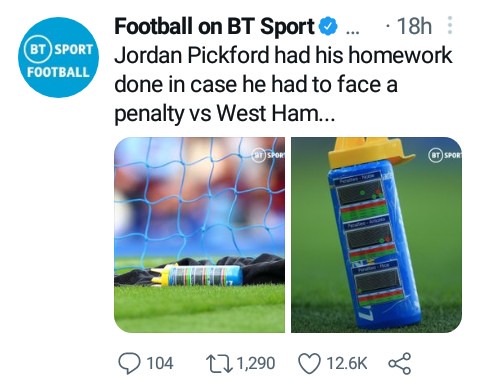 According to BT Sport, the can had information regarding 3 key West Ham penalty takers Mark Noble, Michael Antonio and Declan Rice.

It indicated each of the 3 players' past records on penalty kicks, that is, the number of times they have scored or missed from the spot and the direction of their penalty kicks.

However, no penalty was conceded during the entire match and it ended with West Ham winning 1-0 courtesy of Angelo Ogbonna header from corner kick in the 74th minute. 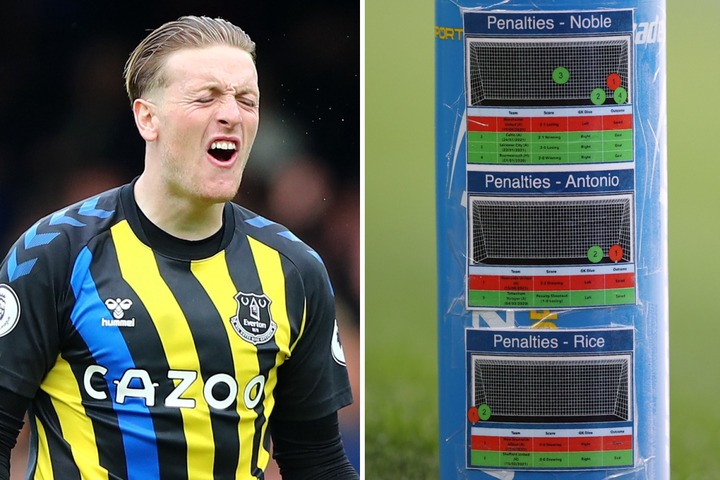 However, this is not the first instance of Jordan Pickford doing research on penalty takers. Back in 2018 Russia World Cup, the 27 year old repeated a similar fate by having the players' penalty statistics on his water can during the round of 16 match against Colombia. He pulled one crucial save during the post-match penalties to send his country England to the quarter-final stage.

Content created and supplied by: duncan-writes (via Opera News )

BREAKING: New Man Utd Manager Gives His First Press As He Takes On The Managerial Role