By Philosopher (self media writer) | 2 months ago 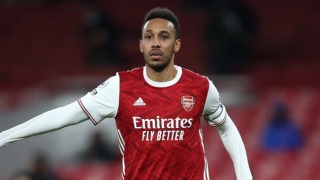 The Premier League season is now back underway and already clubs could be forced into the transfer market.Tottenham showed that without Harry Kane they can topple champions Manchester City, who may now ramp up their efforts to sign the striker.Across north London Arsenal endured a horror start to the season at Brentford and remain in the market for a No 10 amid links with Philippe Coutinho.

Man Utd unveiled new boy Raphael Varane on Saturday and, along with Liverpool and Chelsea, got off to the perfect start with a comprehensive win.

The bulk of the main summer business looks to have been completed, but a major deal or two could still occur.We'll keep you up to date throughout the day with various news, reports and gossip.

Harry Kane was absent from the Tottenham side to face Manchester City, for what manager Nuno Espirito Santo described as fitness reasons. It seems he was never going to play, and any suggestions he could were a bluff. However, City will have been the happier of the two sides to see Kane missing.

Not only were they relieved of having to face last year's top scorer and top assister, they were also spared an afternoon where Kane's every movement would have been the focus. They could crack on with the task in hand on the pitch, aided (on paper) by the absence of Spurs' main threat.

The directors in the posh seats will surely have discussed Kane's transfer status in conversations that could define where Kane plays his football this season. Ultimately, that decision lies with Daniel Levy, but City will be quietly pleased that Kane wasn't fit for this opener. By returning late to pre-season, Kane knows he has achieved one little victory over Levy by ruling himself out of facing the side he wants to join. He's won this battle, but time will tell whether he wins the war.

Philippe Coutinho was left out of Barcelona's opening day win over Real Sociedad.The news comes after the Brazilian was linked with a move to Arsenal.Spanish outlet Sport says Barca have proposed a swap deal with the Gunners involving Coutinho.

The La Liga giants want Pierre-Emerick Aubameyang in exchange for the former Liverpool man.They would also accept Alexandre Lacazette as a second option.There would be no money involved in the transfer as Barca continue to struggle with their finances.Aubameyang would also have to take a pay-cut from 14million euros to 10million euros per season.

Super agent Kia Joorabachian, who represents Coutinho and has close ties to Arsenal, is reportedly pulling the strings behind the proposed deal.Meanwhile, the swap deal will reportedly have no impact on Arsenal's pursuit of Real Madrid playmaker Martin Odegaard.

Chelsea could be ready to welcome N'Golo Kante and Romelu Lukaku into their squad for the game against Arsenal on Sunday.

The Blues started their Premier League campaign with an impressive win over Crystal Palace, besting their fellow Londoners 3-0 on Saturday at Stamford Bridge.But Chelsea will be without Ruben Loftus-Cheek for the game, according to manager Thomas Tuchel.

"N'Golo felt discomfort in his ankle in the warm-up for the Super Cup match with Villarreal," Tuchel said.He played a little bit with pain and overcame that pain.Yesterday (Friday), he felt pain and we took this match to take responsibility to take him out and not take ri