Arsenal legend Thierry Henry was spotted alongside Spotify founder Daniel EK at the Emirates Stadium on Sunday as the Gunners thrashed their noisy neighbors Tottenham Hotspurs by three goals to one.

The Swedish billionaire who is a boyhood Arsenal supporter still wants to take over the club even after seeing his bid turned down by the Kroenke family and according to Henry, the tycoon is willing to play the waiting game with the current Arsenal owners.

Henry who was joining Jamie Carragher on Monday Night Football where Crystal Palace was hosting Brighton at the Selhurst Park reiterated that EK will not be giving up his dream of being an Arsenal owner anytime soon. 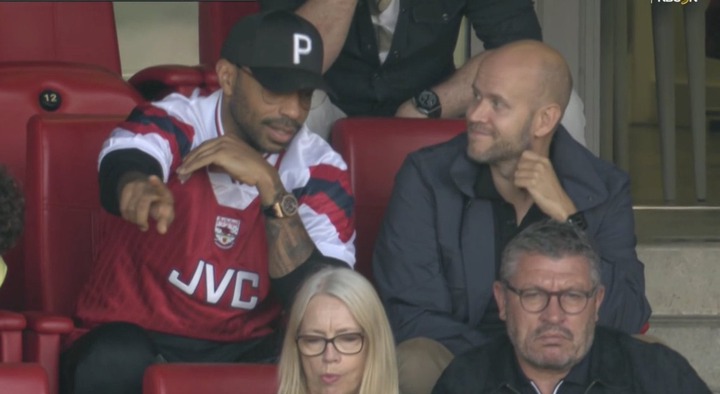 EK had teamed up with Arsenal legends Thierry Henry, Patrick Vieira and Dennis Bergkamp to buy the club from the Kroenke family and had revealed that he had already acquired the funds to make his takeover bid a reality.

Henry's latest statement could be music to the ears of most Arsenal fans who want an owner that can invest heavily in buying new players as they feel they have been left behind by the likes of Chelsea and Manchester City.