The Argentine team recorded a comprehensive 3-0 win at home the last match-day, against Uruguay. In the meantime, Peru lost 1-0 on the road against possibly the weakest team in the CONMEBOL federation – the Bolivians. Going on, Messi and co had won nine of their former ten games, and they had scored thrice or more in five of their preceding eight fixtures. Moreover, the last they lost at home was back in March of 2019. On the other hand, their counterparts were winless in six of their former eight matches, and they are on a four-game losing run on the road.

Predictions: Argentina to win this match and 2-0 correct Score

The Chileans had won five of the past six meetings. They had scored three or more goals in four of the preceding five clashes. It’s been ten years since they have lost at home.

Predictions: Chile to win this match and 1-0 correct Score

The Brazilians are ranked 2nd in the world, just below Belgium. Meanwhile, their counterparts for the day are placed 12th in the list by FIFA. As of now, the 2021 Copa America finalists are placed atop the qualifiers table, and they have a 100% winning record, barring a draw against Colombia. They have scored the most number of goals of all the teams in the competition, and have conceded the least as well. In fact, they have a combined scorecard of 22-3, during this stretch. And note that they have done this with a game in hand

Predictions: Brasil to win this match and 2-0 correct Score 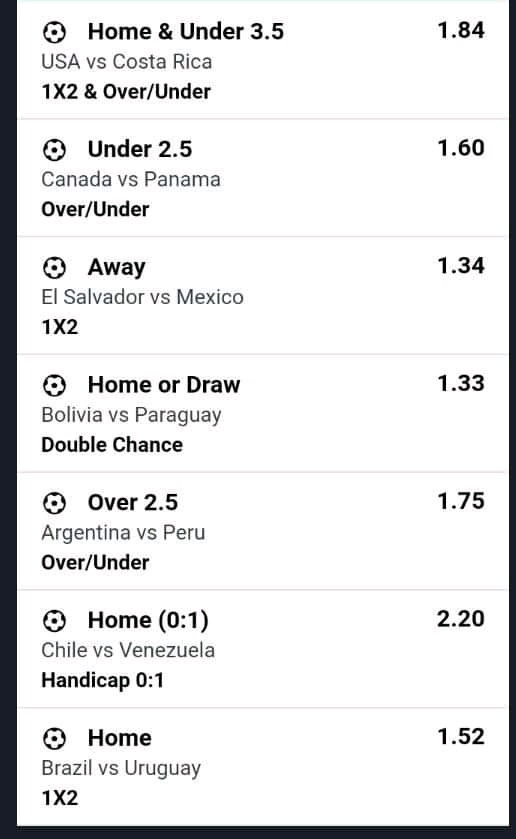