Excl: OL are closing on deal to sign left back Tyrell Malacia. Agreement in place with Feyenoord for €15m fee, club sources confirm - so final details now discussed to complete move.English club were also in the race but Malacia wants to work under Dutch coach Bosz. 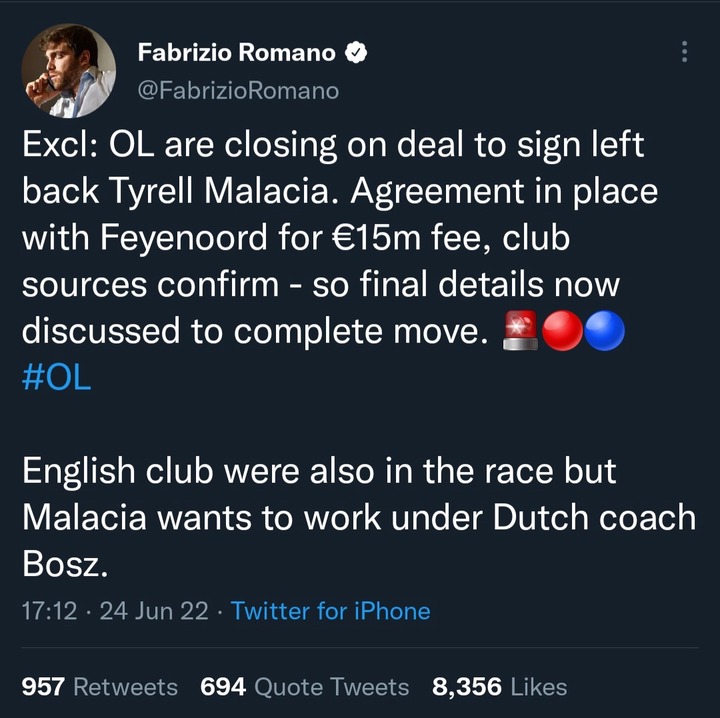 Divock Origi will be announced as new AC Milan signing next week. Deal completed in May, no issues - it’s just matter of time to see Divock unveiled as new Milan player.Villarreal asked for informations weeks ago but no way - Origi only wanted AC Milan move. 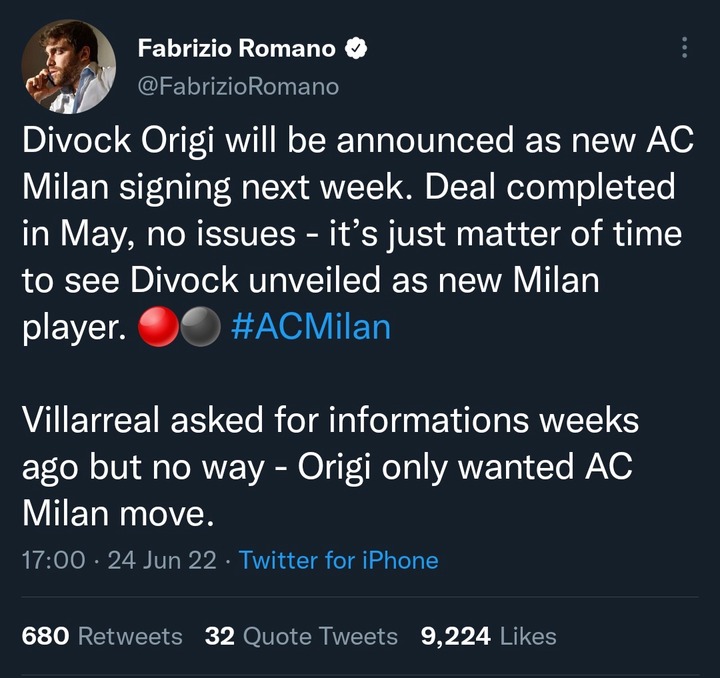 Ajax manager Alfred Schreuder on Timber and Man Utd: “I have spoken with Jurrien and I am assuming he is staying at Ajax”, tells @ESPNnl.“Timber is a smart guy and he knows what is best for himself. We think he is not done at Ajax yet”. 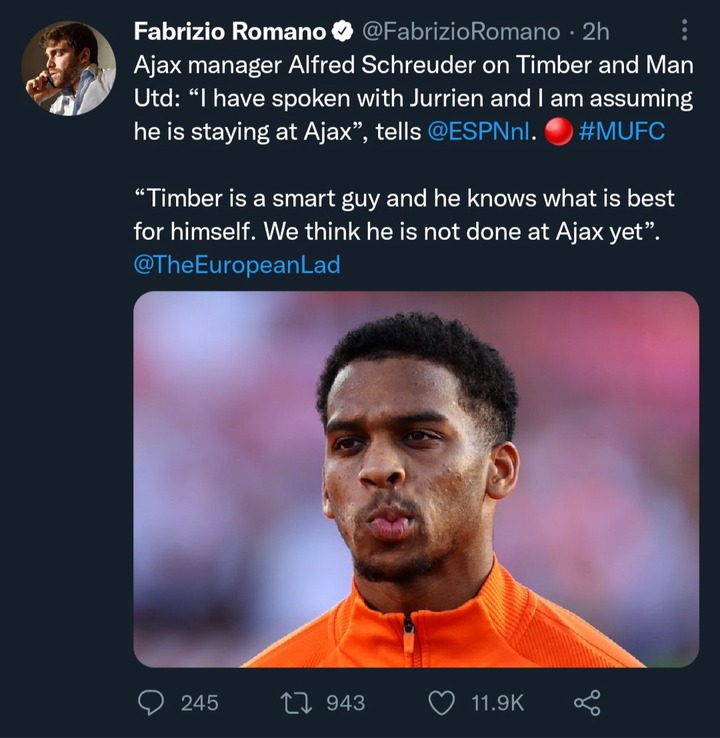 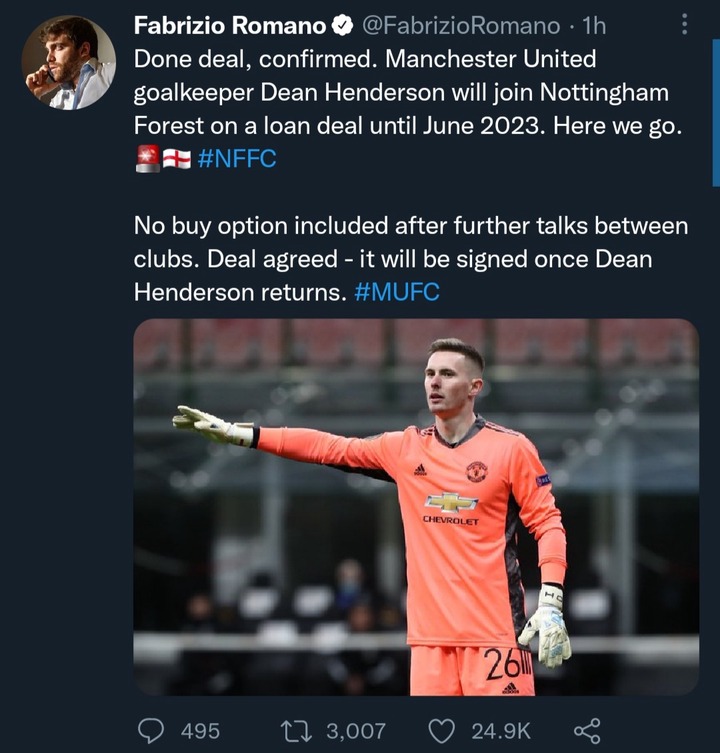 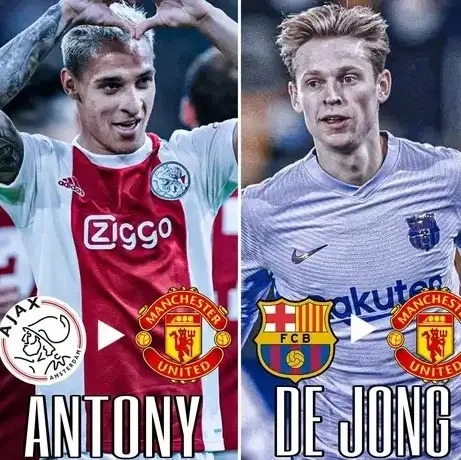