Predictions to Stake on Today 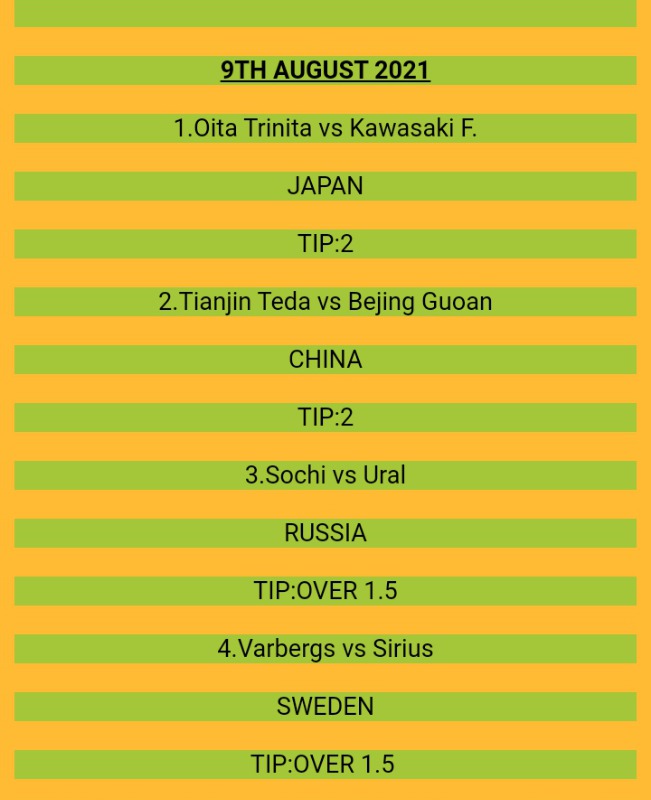 The game kicks off at exactly 1pm in the afternoon when Trinita is set to host Kawasaki at Showa Denko Dome(Oita).

Kawasaki hope to extend the positive record after the last whistle.

The game begin 30 minutes after 1pm in the afternoon when Tianjin is set to host Beijing Guoan at Olympic sports center stadium (Tianjin).

Their head to head for the last matches, Beijing Guaon had won four times our of the last five times playing together. However, their last game was a draw, each game scored 0 goals despite for the previous games Beijing Guaon having more goals than Tianjin.

The game kicks off at exactly 7pm when Sochi is set to host Ural at Fisht Olympic stadium(Sochi).

Their head to head will mark the fifth time they are playing together when more than one goals is set to be scored by both or one of the teams. Ural had won two times while Sochi has one times win.

The game kicks off at exactly 8pm in the evening time when Varbergs is set to host Sirius at Paskbergsvallen(varberg).

For the last five games playing together, Varberg has three winnings while Sirius has one winning playing together. Sirius seems to score more goals than their opponents.