Manchester United Squad Which Will Face Chelsea On Thursday.

By 9ineas (self media writer) | 2 months ago

After loosing two consecutive games, Manchester United will be required to revive themselves against there closest rivals in football, Chelsea football club.

Manchester United lost their two consecutive matches against Liverpool and Arsenal respectively bring down there dream of being in champions league next season.

Due to that, manchester united current coach, Rangnick has just highlighted the players which will be in the first eleven of his squad Against Chelsea.

On the attack he has place Cristiano Ronaldo as usual together with Jordan Sancho and Marcus Rashford, the only change is expected is of Rashford with Elanga on the attack side. 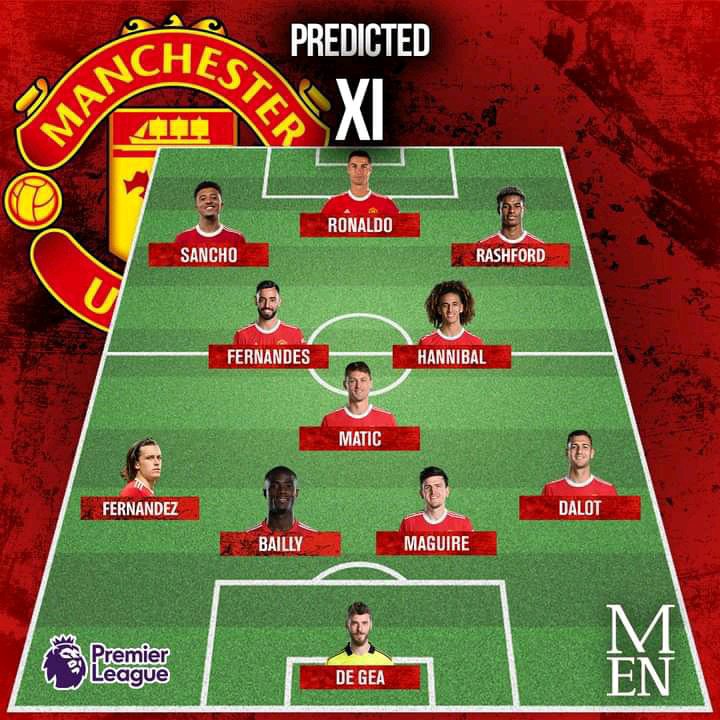 On the middle we have Bruno Fernandez who lost a penalty against Arsenal. He will play together with Hannibal and Matic.

In the defense is where he has made it tight after placing Harry Maguire and Eric Billy. In the last match against Arsenal, Billy had requested to be replaced with Maguire in the first eleven through an instagram comment. How will it be, will Billy and Maguire cooperate to take the win, still on the defense there will be Fernandez and Dalot. Finally the goal keeper will be David Degea completing the first eleven.

Here's The "Signing" That Has Pleased Jurgen Klopp The Most So Far, See Details.