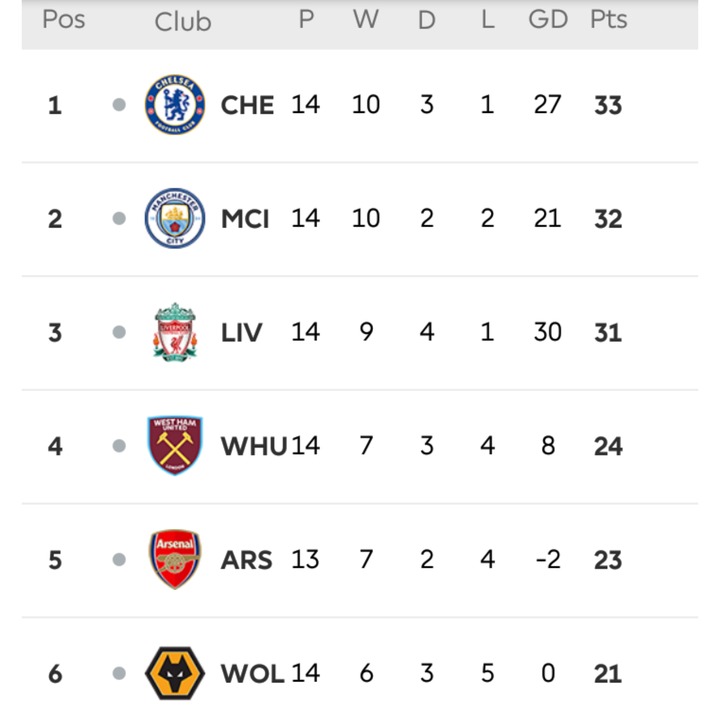 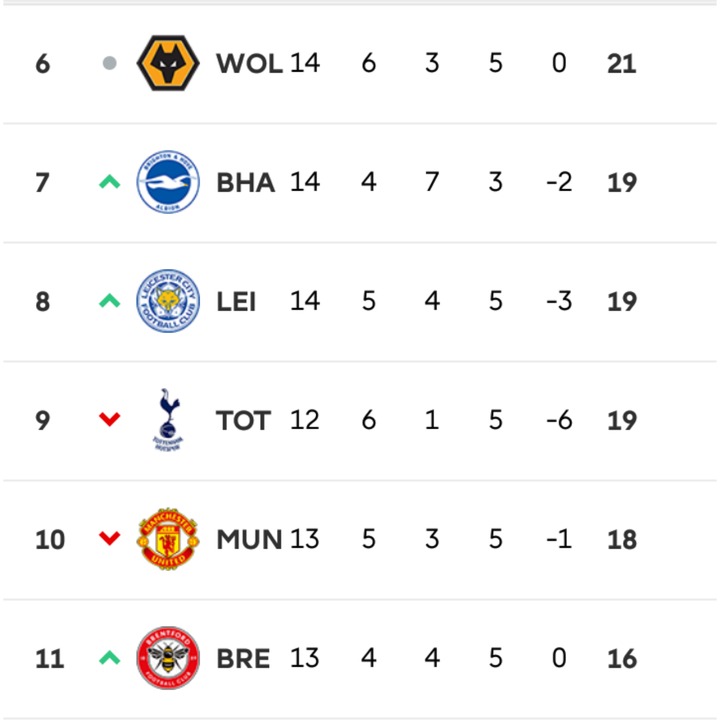 There are a number of matches that were played yesternight in the premier league.There was a clash between Chelsea and Watford, Mancity and Aston Villa, Liverpool and Everton, also Wolves and Burnley.

There were mixed results for some teams especially the likes of Leicester who had to settled for a draw against Southampton who have also been on a poor run of form.Hakik Ziyech scored Chelsea's winner in the second half to keep them at the top of the table.Chelsea currently lead with thirty three points.

Manchester City are following with thirty two points having beaten Aston Villa 2:1. The goals were scored by Ruben Dias and Bernardo Silva.Liverpool's are third With thirty one points after a 4:1 demolition over Everton.Salah scored a brace alongside Jota and Henderson.

Westham are fourth having drawn with Brighton while Arsenal will still remain at number five awaiting their match against Manchester United.A win will take them into top four.

Manchester United have dropped to number ten with an effect of the result from the Leicester City and Brighton match.And that's how the top ten looks like.