By ClassicBroadcastingMedia (self meida writer) | 7 days 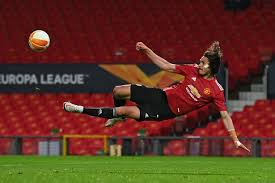 Juventus are in a fight for Champions League qualification. They are level on 66 points alongside Napoli and AC Milan. The Old Lady are fourth in Serie A standings going into the game away to Udinese.

The Zebrette go into the match at home in 11th place. Their form has been up and down with four losses and two wins in their last six games.

Two of their last three games ended in wins. That includes a 4-2 victory over Benevento last weekend.

Juventus are unbeaten in back-to-back games in Serie A. A win against Udinese and results going their way elsewhere could send them into sole possession of third place in Serie A.

Reports going into matchday 34 is that Juventus are ready to sack Andrea Pirlo at the end of the season. The Old Lady have been criticised for taking a “gamble” on Pirlo. It is rumoured that the club could bring back Massimiliano Allegri as coach for next term.

Pirlo has two players on the team’s injury list going into the game. Defender Merih Demiral is a doubt due to a muscle injury. Meanwhile, Federico Chiesa is also a doubt due to a hamstring strain.

Juventus have pulled a U-turn on the sale of forward Paulo Dybala. The club are now interested in selling Cristiano Ronaldo and focusing the future on Dybala.

Udinese coach Luca Gotti has several players on the injury list. Defender Jayden Braaf is ruled out of the game until late May with a knee injury. Ilija Nestorovski is ruled out for the remainder of the season with an ACL injury.

Gerard Deulofeu is ruled out due to a knee injury as well. Gotti could have the duo of Ignacio Pussetto and Mato Jajalo back from their respective injuries. Goalie Juan Musso is ruled out through a suspension.

Juventus should claim another victory against Udinese, there second this term. The reverse fixture finished 4-1 with Ronaldo scoring twice and Chiesa and Dybala also getting goals. Udinese score in the dying minutes of the game thanks to Marvin Zeegelaar.

The Old Lady should do the domestic double over Udinese with a win. They will claim a low-scoring win with Ronaldo perhaps getting on the scoresheet once more. The Old Lady could keep a clean sheet and strengthen their chances of a top four finish.

Where Could Erling Haaland Play Next Season?

"The New Champions League?" List of Famous Teams that May be in the Europa League Next Season

Remember Demba Ba? See Where He Is Now

Super Monday Multibet To Place on and Earn Cash

Super Monday Hot Teams to Stake on and Earn Big