By NdegePolycarp. (self meida writer) | 10 days City players posing for a photo.

It was the fourth consecutive final for Manchester City as they played Tottenham in Wembley stadium on Sunday evening.

Manchester had won the previous three finals in a row and was in for a fourth while it was Spurs' chance to acquire silverware and their first final since 2015.

With the team going through a bad patch of both form and management following the recent sacking of their coach Jose this was their chance to redeem themselves.

It was a highly competitive game with both teams putting in a strong game but as usual, one side had to take the bitter pill. It was the second game of interim coach Ryan and sure he would have hoped for a better result. 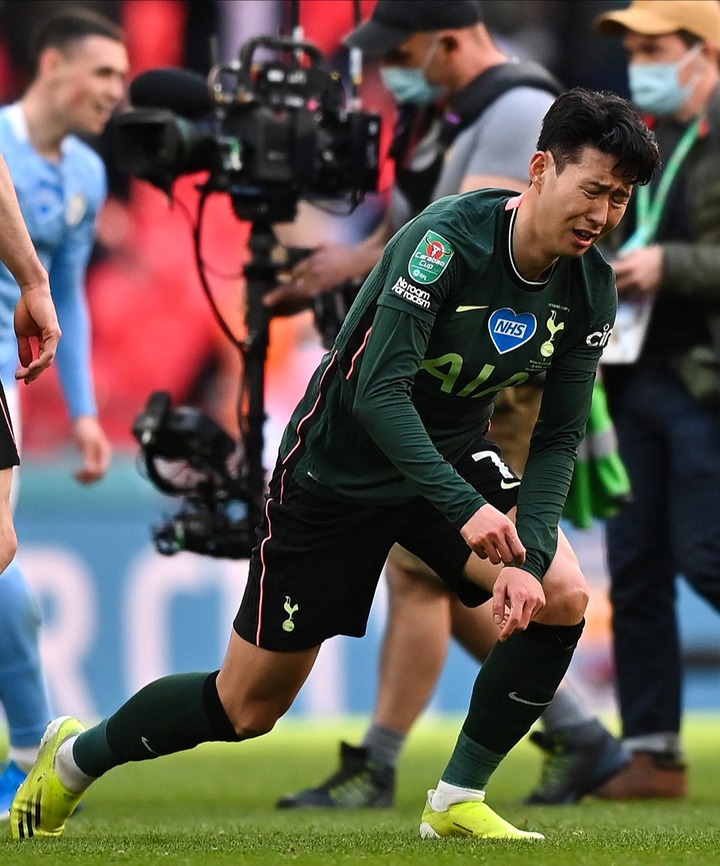 Emotions turned into tears after the full-time whistle, more so on the defeated side. One disturbing event that caught the eyes of many was Spurs' Son reaction.

Fellow players were fast to comfort him and City's Kyle Walker was seen walking him down the tunnel. 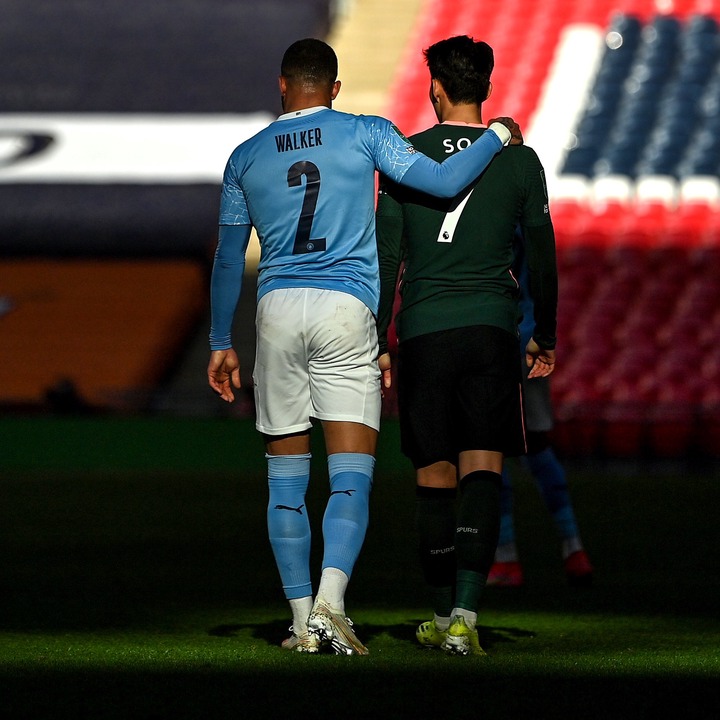 Son couldn't hold in his tears as frustration set in. Sure in a club that the only recent trophy in more than 50 years is an Audi cup, players and the manager would have wanted to finish the season with a trophy.

However, it was tears of joy from City's Pep Guardiola after winning his consecutive fourth EFL final and setting a record as the only manager to do so. It's a great feat with the EPL also a game away.

Do you think Son and Kane should move on from Tottenham to win trophies?