By Deepstate4 (self media writer) | 1 year ago 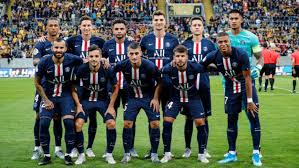 PSG comfortably bested Lille 2-0 in both Ligue 1 meetings in the previous season, but a different outcome looks on the cards at Stade Pierre Mauro today with Les Dogues currently flying at the top of the table.

Prediction both teams to score.

Italian side Lazio have won just once in four Serie A games while the hosts have seen one victory in seven in all competitions. Across their last six games Lazio have drawn four times, while Napoli come here in impressive shape after winning five from five on the road this season.

While that would usually be enough to make the visitors favourites today,The visitors are without Lorenzo Insigne, Dries Mertens and Victor Osimhen and as a result they look a little blunt in attack department. That has made us backing this game to finish as a draw, with 1-1 our correct score prediction.

Zinedine Zidane’s side have kept four clean sheets en route to amassing 16 points from eight starts on the road this season, so there’s every reason to think that they can land another win to nil this weekend against an Eibar side who have failed to net in seven of their seven home outings this season.

Manchester United who have won six of their last six matches have already scored four or more goals in seven separate Premier League games this term, and with spaces to exploit against a forward-thinking Leeds team, the hosts rapid frontline should find plenty of joy today.

West Brom secured an unexpected point with a coupon-busting 1-1 draw against a frustrated Manchester City side at the Etihad Stadium in the last game, in what proved to be Slaven Bilic’s last game in charge of Westbrom.

Roma come into this clash with Atalanta in entertaining form team in the league, having just claimed three big league wins. The Giallorossi have won against Torino and against Bologna in their last two games and we see the goals continuing here.