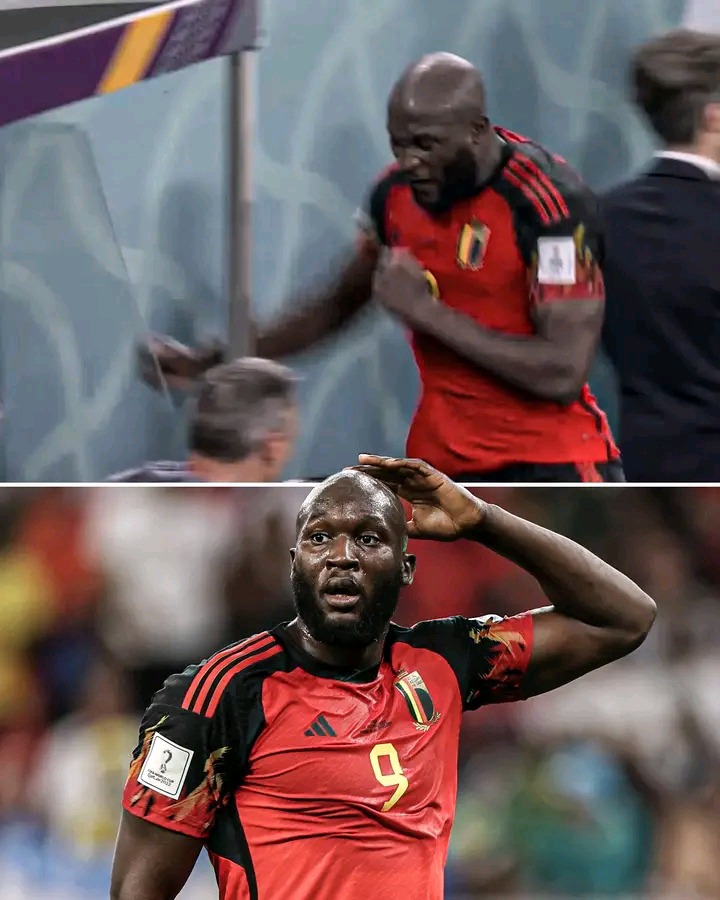 Romelu Lukaku's Belgium were bundled out of the world cup yesternight after securing a 0:0 draw over Croatia. The Belgians played their hearts out as they hoped to pick up three point's that would enable them to proceed. The Belgian's attacked well and also defended well but luck was not on their side. Croatia had a penalty appeal overturned by VAR in the first half, but it was Lukaku's second half display that was eye-catching.

Lukaku had not started the opening two matches and a huge responsibility was placed on him to deliver against Croatia. He however failed as he squandered two quick goalscoring opportunities when he hit the post. So annoyed was he that he broke the dugout window as they left the pitch. Lukaku probably felt that this loss was because of him and can only imagine how thing's would have been or turned out had he scored. 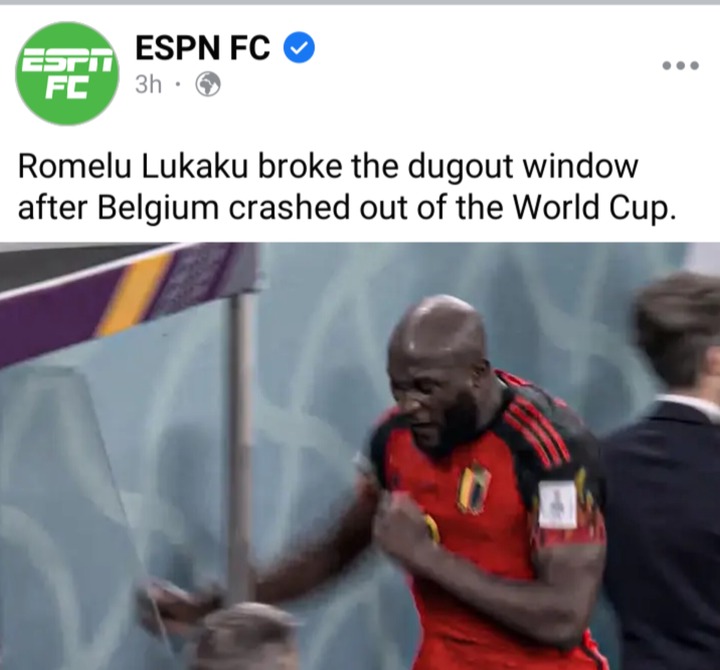 The golden generation of DeBruyne, Cortouis, Vertongen, Lukaku, Tielemans has now come of age, as said by De Bruyne days ago. Sadly, they have won no trophy during that period.