By Alioski (self media writer) | 11 days ago 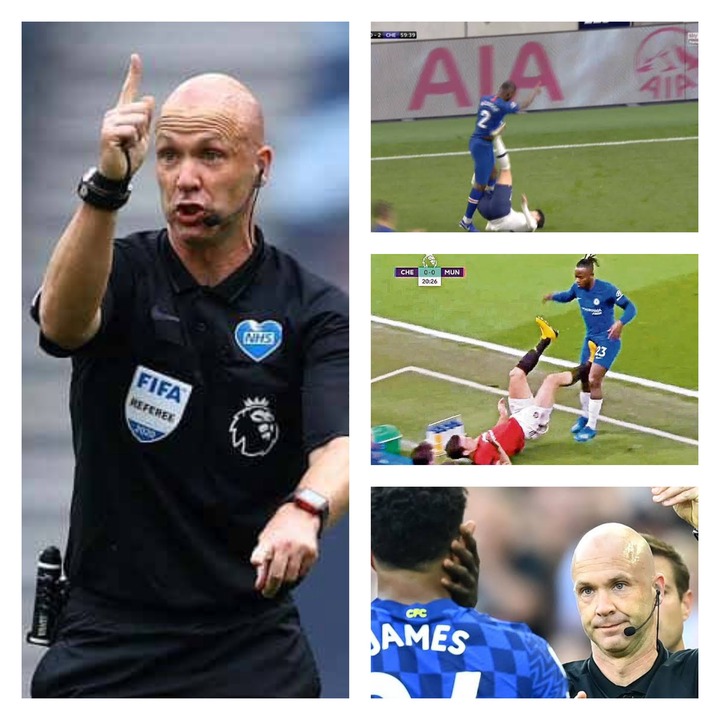 League leaders Chelsea face red-hot Brentford on Saturday afternoon and guess who is the referee? Anthony Taylor. The English ref has had some controversial moments when overseeing Chelsea matches.

In fact Chelsea have only won 18 of their 38 matches under the watch of the Manchester-born official. The Blues suffered 12 defeats during that run. Only Tottenham Hotspur have more defeats (13) when you consider the traditional top six teams. 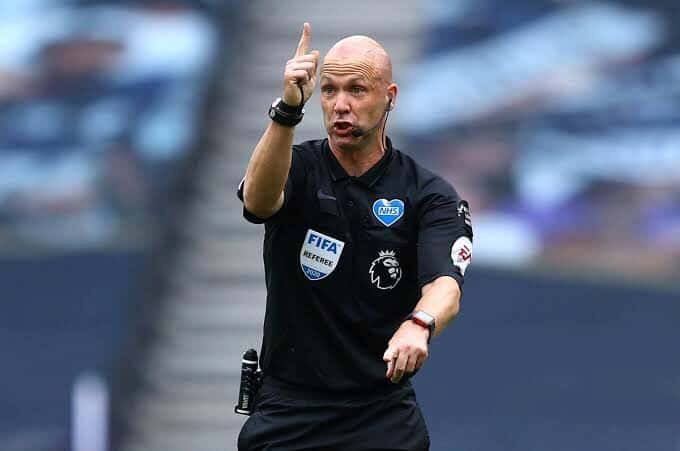 In terms of bookings, the Blues have wrecked 87 yellow cards and one straight red card. This is 17 cards more than the next culprit Liverpool (70).

Anthony Taylor has already officiated a Chelsea match this season. Unfortunately, that match against Liverpool lived up to Chelsea fans pre-match expectations.

Here are some ten instances when Chelsea fans expressed their displeasure with Anthony Taylor, accusing him of 'robbing' their team:

We start off with the most recent controversy involving Anthony Taylor and Chelsea. A brilliant looped header from Kai Havertz had given Chelsea the lead earlier in the first half before Taylor sent off Reece James.

Liverpool looked like they had equalised in the last minute of the first half only for Reece James to block the ball on the line. Replays showed the ball ricocheted off the Chelsea defender's knee before hitting his right hand. 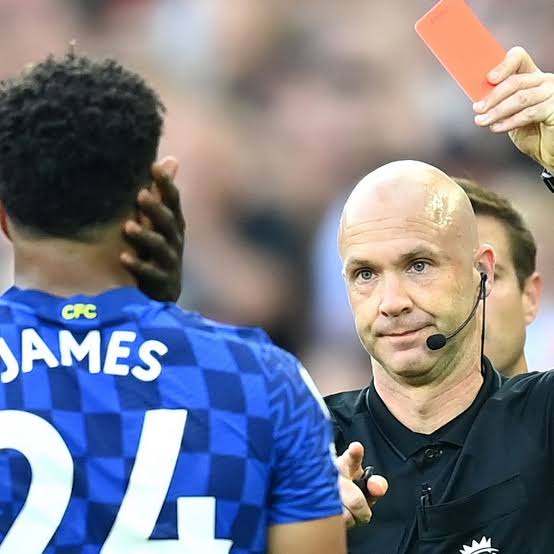 Many Chelsea fans agreed with Anthony Taylor's decision to sent off the young English right-back but took issue with the ref's conduct with the Video Assistant Referee.

The Blues fans were outraged when the EPL ref only took less than five seconds at VAR to arrive at a decision to award Liverpool a penalty and send off James. What outraged Chelsea the most is that Taylor only used frozen images on the VAR monitor to make a match-changing decision.

Chelsea fans were outraged and felt robbed after Mateo Kovacic was ridiculously sent off by Anthony Taylor last year. This was in an FA Cup final against London rivals Arsenal. 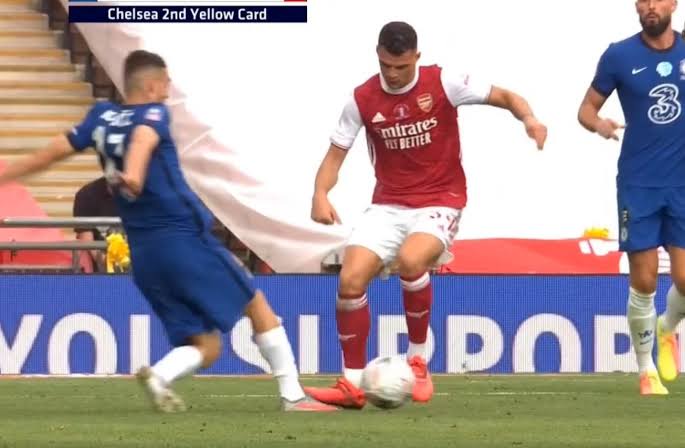 The Croatian received a second yellow for a perceived foul on Granit Xhaka. However, replays showed that the Arsenal man was the one who had actually fouled Mateo Kovacic after stepping on his feet. Many football pundits and former Premier League referee Mark Clattenburg appeared to agree with the Chelsea fans.

Even after a lengthy VAR review, Referee Anthony Taylor failed to see anything sinister in Harry Maguire's dangerous kick into Mitchy Batshuayi's groin area. The ref didn't even brandish a yellow card to the Man United captain, much to the dissatisfaction of Chelsea diehards. 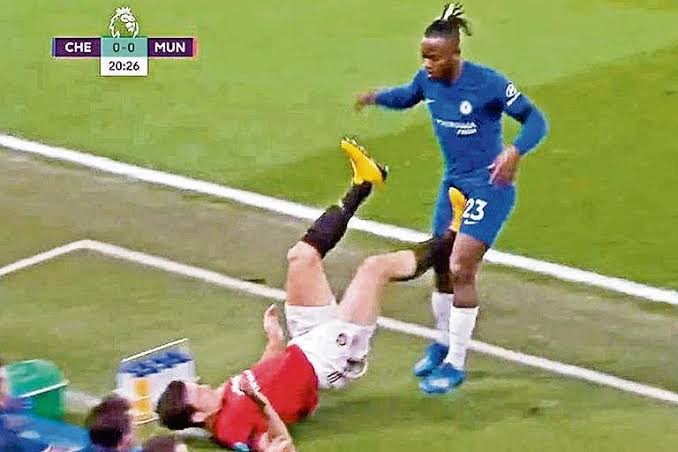 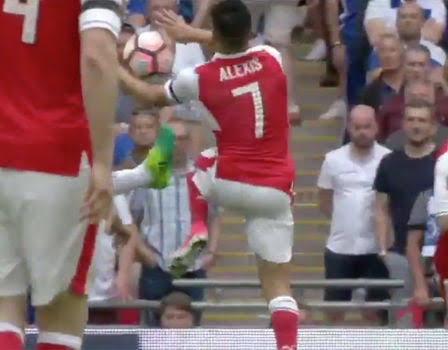 The Chilean had handled the ball before striking and giving Arsenal the lead. The Gunners went to win 2-1 in a match that also saw Victor Moses sent off.

Argentine goalkeeper Paulo Gazzaniga was slammed by many Chelsea fans for his dangerous Kungfu lunge on Marcos Alonso. 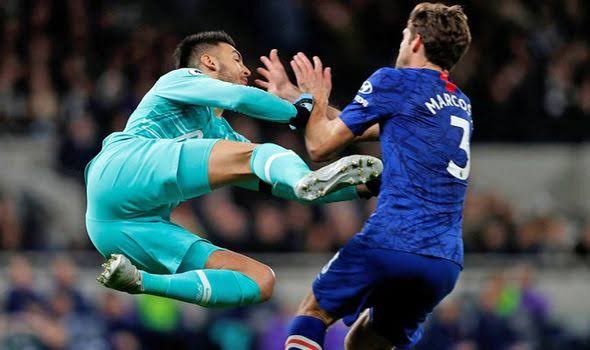 6 Red Card not Given to Emilliano Martinez

Still on the 2020 FA Cup final, Emilliano Martinez appeared to have handled the ball outside his area of jurisdiction. Such an offence often results in a red card for the offender and free-kick for the opposing team. 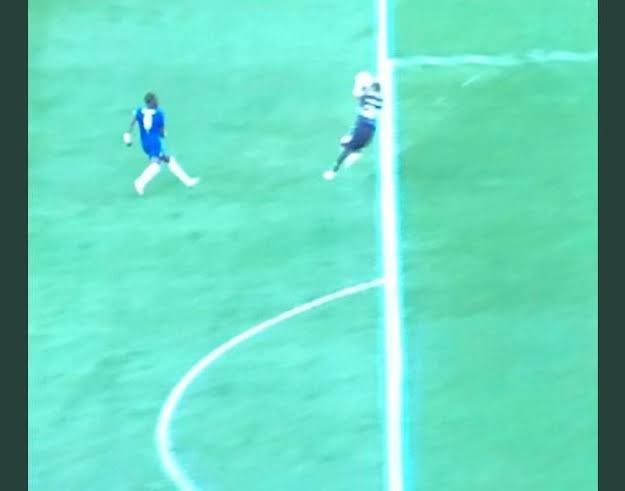 Tottenham's Heung Min Son and Chelsea's Antonio Rudiger were involved in an off-the-ball incident which saw the former kick Rudiger on the ribs. Anthony Taylor had seen that as a no red card incident until VAR overturned his decision. 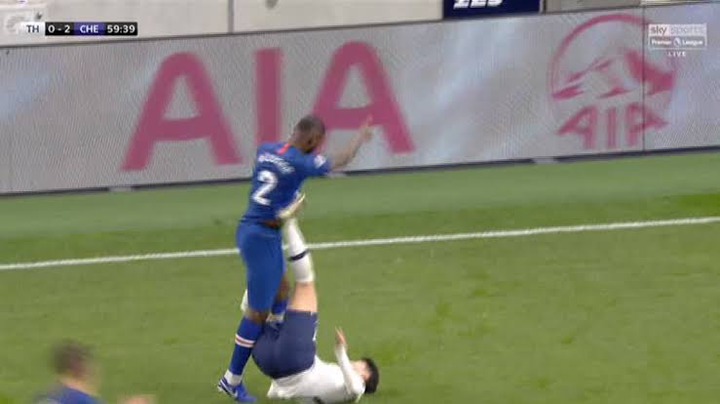 Another controversial incident involving Anthony Taylor and Chelsea saw the EPL referee award free-kick to Manchester United instead of a penalty to the Blues.

While competing for a corner ball, Fred pushes the back of Cesar Azpillicueta who falls on Scott McTominay. Anthony Taylor judged that to be a foul to United and not a penalty for Chelsea, angering the Blues fans.

Anthony Taylor booked former Chelsea player Cesc Fabregas for simulation in a game against Southampton. He later apologized to Chelsea and Jose Mourinho.

Amounts Of Money Gor Mahia Will Charge It's Fans For VIP And Terraces Tickets In Sundays CAF Match.