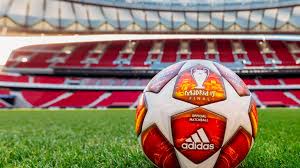 Manchester united have allowed only three goals in the last four matches. The Red Devils have seen less than 3 goals in three of the four previous matches. Young Boys have scored only eight goals in their last 6 matches.

Manchester United with the system and style of play under Ralf will press Young Boys from the start of the game. And to go another clean sheet at Old Trafford.

Juventus have 12 points and they are in the top of the group with Chelsea. Malmo FF are in the bottom, they have only one points. Juventus beat 3-0 to Malmo when they played in Sweden. Juventus won 2-0 twice in a row in domestic league. They are in a good form because won 5 of the last 7 matches. Juventus will win this for sure.

Another testing time for the Blues. I believe that the boys will collect themselves here and emerge victorious from the first half of play.

Atalanta should win this. They’ve won their last 5 Serie A matches going unbeaten in 9. The visitors have scored 5 goals in their two away matches in the group stages and are tips on to score again here.

Melbourne City lost last week at home to Western United 1-0 and when they met Perth Glory last season they lost 3-1 at home. They can be vulnerable and taking the very short odds for them may cause you to think twice, with this being a new season with three games been played. This game could be resulting in a draw, with both sides having the lions share of the ball and creating chances to score in which they possibly do and make this a scoring draw.

Bradford have usually big problems against this opponent and they will continue even after this match. They are 12th and Colchester are 18th now but Colchester have one match less and the difference is three points. Colchester were also the outsider in the last match away from home but they defeated Swindon. Bradford have 9 consecutive matches without a victory. Colchester lost only 2 of the last 10 matches against Bradford.

MK Dons had a free weekend whilst Plymouth had a long commute up to Rochdale on Sunday. MK Dons have won back to back at home whilst Plymouth have suffered three consecutive defeats after a long unbeaten run, conceding more than two goals in each game. Anything can happen and Plymouth are capable of bouncing back. MK Dons' play should have more energy as the rested side. They have had a week to prepare for this game.

The spanish gaints will take it all here and will play till the last minute. They should be too strong for their opponents.

Hibs will be too good for Livingston and will likely win by 2 or more goals. I'm going for the away win.

HNK Rijeka have just 1 win in the last 4 home league games beaten in 2 of them. NK Osijek have a good away record only beaten once in 8 games on the road unbeaten in the last 5 and winning 2 of the last 4. Away win.

Both teams have conceded in their previous three matches. Both teams have scored in Lille's last 8 of 9 matches and this is a very important match for both teams if they want to progress in the group stage. Both sides will want an early goal. This should be an exciting fixture.

Thursday Betting Tips To Place on and Make Good Cash

Another Manchester United star set to leave the club

Two Matches to Bank on