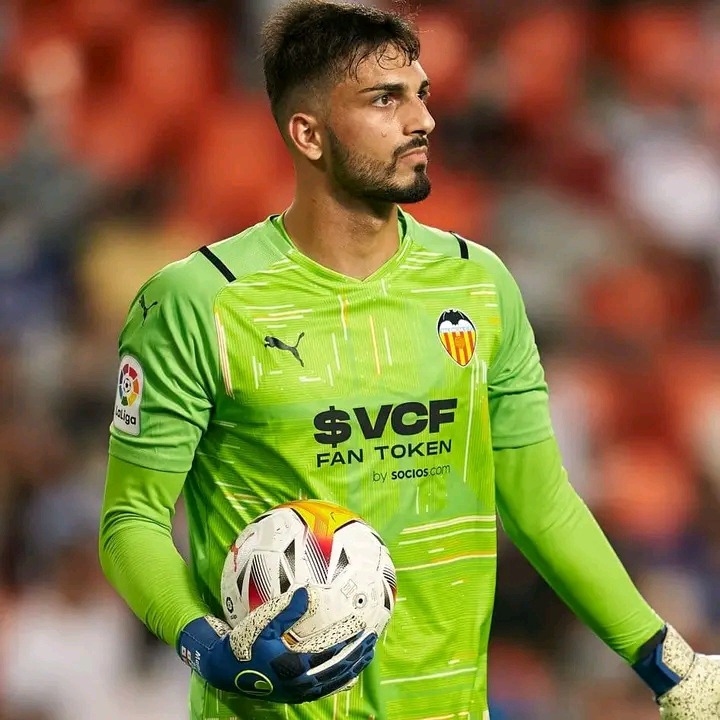 Giorgi Mamardashvili, the goalkeeper who is reportedly been targeted by Manchester United as the replacement of Dean Henderson.

Several changes are expected at Old Trafford after the arrival of new manager Erik Ten Hag. Some players are expected to leave Manchester United in the summer as they eye for more play time in other clubs.

Dean Henderson is among the players keen to leave Manchester United after not taking part in much of the games in the just concluded season. The Englishman is a target for several teams including Newcastle United who have shown much interest in the player. 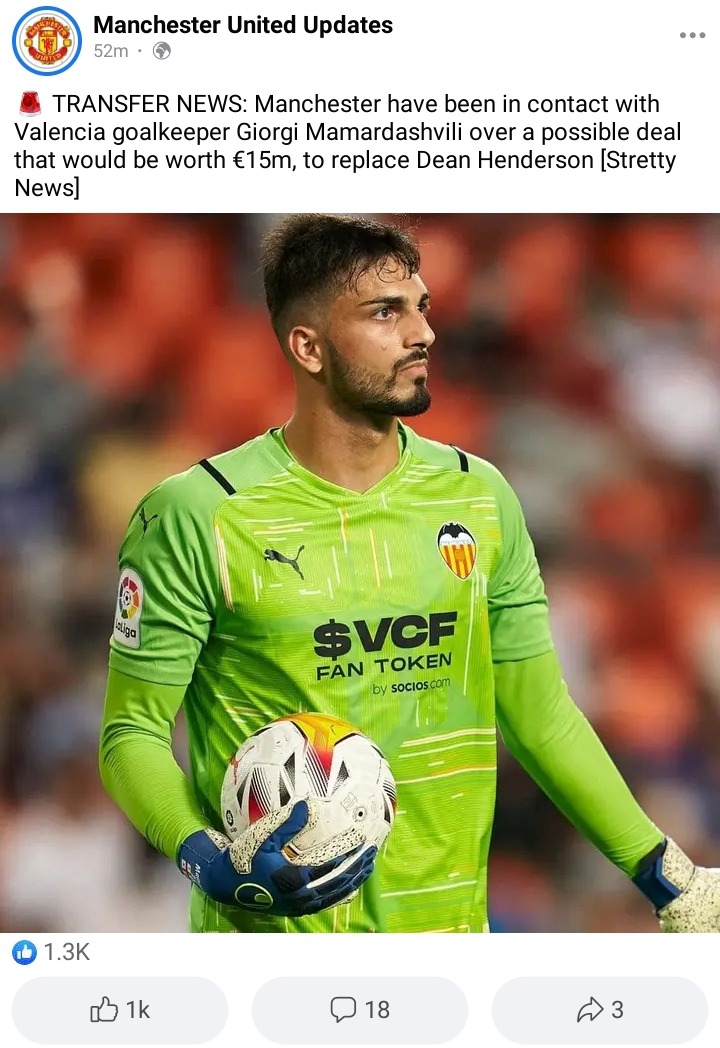 According to Sky Sports news reports, Manchester United have reportedly chosen Valencia goalkeeper to be the perfect replacement of Dean Henderson who is leaving in the summer.

The reports claim that the Manchester United hierarchy have been in contact with the player and the deal might be possible for €15 million.

"TRANSFER NEWS: Manchester have been in contact with Valencia goalkeeper Giorgi Mamardashvili over a possible deal that would be worth €15m, to replace Dean Henderson." The reports stated.

Will this be a good deal?