By TAFITINEWS (self media writer) | 6 months ago

Spartak Moscow suffered a fourth consecutive defeat in Europe, the worst such run in their history, as they lost 4-3 to Leicester city in their first- ever competitive meeting between the two sides. 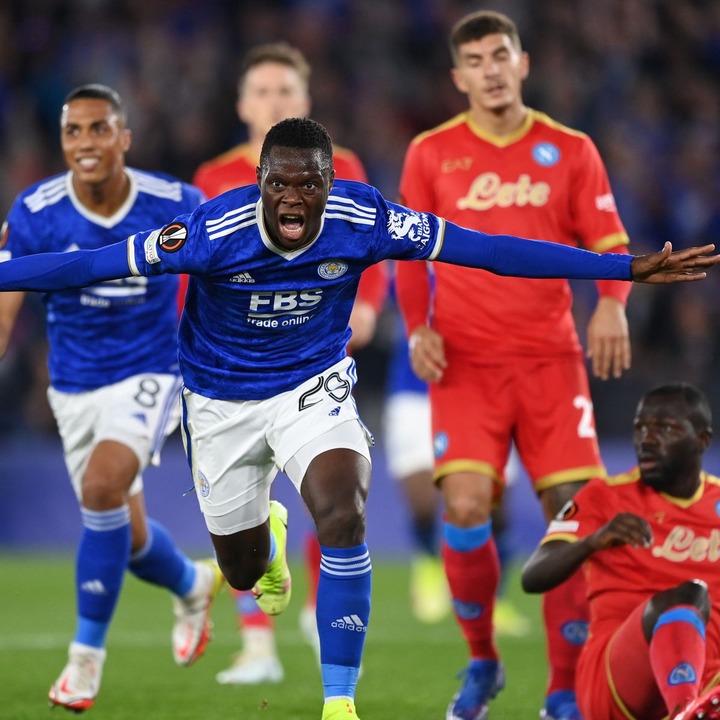 With a bolsterous home ground behind them, Spartak absorbed Leicester city's early pressure and slowly gained momentum. Just over 10 minutes in, the Russian side broke forward and a curling shot from Sobolev took a heavy deflection to wrong- foot Kasper Schmeichel and give the hosts an early lead advantage.

Five minutes before the break, the game descended into chaos. First, Victor Moses got the visitors in possession before playing a square ball to Jordan Larsson, who stabbed home to double Spartak lead, but minutes later Brendan Rogers side reacted with superb fashion, straight from the kick off Leicester city drove the ball down the field and a perfect pass from Kelechi Iheanacho played in Patson Daka, who fired home to reduce the deficit to halve, just before the half time whistle.

After the break, the two Leicester city's strikers picked up right where they left off when Iheanacho, slid across to Paston Daka once more for the Zambian international fired home and level the score. 8 minutes later, Daka slotted through the legs of Spartak keeper to grab his hat trick in style, making it three unanswered goals.

With just ten minutes remaining, Daka scored the fourth goal, after receiving a curling shot from James Maddison. It got nervy to the Leicester city's supporters when Sobolev struck home for a second time, after receiving a good pass from Victor Moses. The Russian side tried to find an equaliser but we're in vain.

The comeback victory will be received with jubilation back in Leicester, with this only their second win in 8 Uefa Europa league outings.