Casemiro Drops Transfer Hint Amid Man United Interest, Revealing Why He Could Decide To Leave Madrid

Brazilian defensive midfielder Casemiro has reportedly dropped transfer hint amid rumours that links him with a move to the Red side of Manchester this summer. 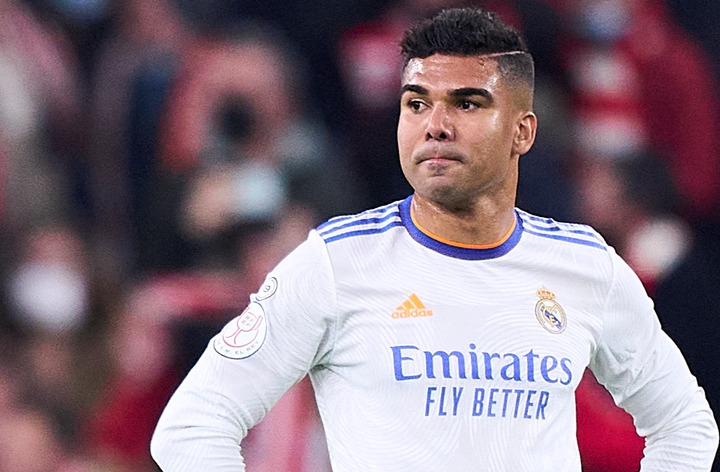 The Red Devils according to Manchester evening news are planning this move after their long-term pursuit for Frankie De Jong has turned out to be pipe dream with only few days to the deadline.

United are seemingly attracted by the stellar performance the 30-year-old has showed for Las Blancos, having a total 5 champions league trophies under his belt in less than a decade he has been at the club.

Even though he still looked a regular starter under Ancelotti last season in the both domestic and champions league cameos, the Brazilian feels his place in the starting lineup could be hanging by string following the arrival of Tchoumeni, 22, and 19-year old Eduardo Camavinga who has already showed what can do given the opportunity.

According to a media outlet as reported by Manchester evening news, Casemiro is currently feeling marginalized at Real Madrid following the acquisition of the former Monaco man this summer.

Casemiro who is still a Real Madrid player until 2025 came from the bench in their league opener against Almeria on Sunday. And because missing a place in the starting lineup would impact negatively on his place in the national team, Casemiro is likely to find a club that will offer him regular football.

It is understood that Manchester United are currently holding talks with Casemiro representatives with attempts to try and lure the champions league specialist swap Santiago Bernabue for Old Trafford this summer on the agenda.