Day three of round of 16 World Cup Japan will be playing against Croatia.Japan has scored four goals against Spain and Germany in their group stage.Croatia on the other hand have scored in 12 of their last 16 tournament games and scored in six. Perisic has scored at least twice at the last four major tournament matches. They have drawn five of their last 6 tournament knockout games. 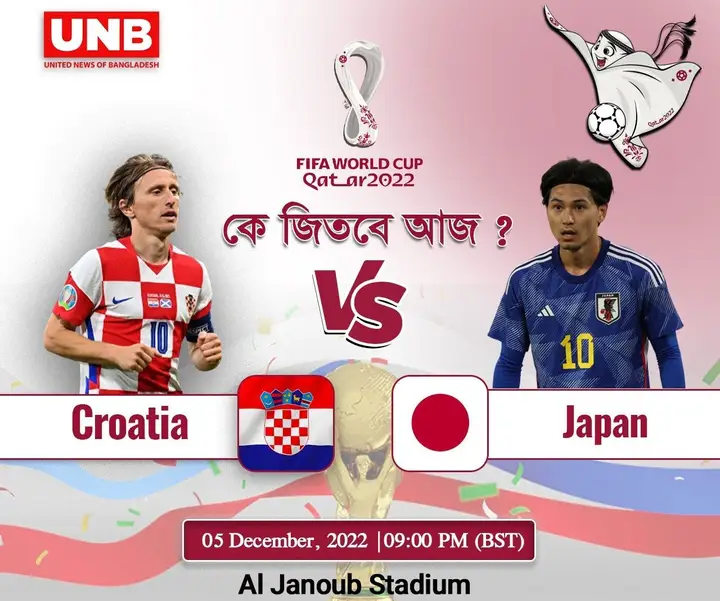 Japan have booked their place in the last 16 for the fourth time but they have never made the step into the last eight. Croatia have just a knack for winning games. This is their third time that they have made it out of their World Cup group and finished as runners-up four years ago.

Having dumped Belgium out of the tournament, Croatia are making a final push of their own. Ivan Perisic is a long-running member of this Croatian side and he has made his debut over 10 years ago. He made his tournament debut in 2014 and no player can better his nine strikes at major tournaments.

No player has made more shots for Croatia than Perisic at the 2022 World Cup. He made five attempts in three games. He has scored at least twice at each of the last four major tournament fixtures hence he is a great option to score anytime in what could be his final World Cup game. Croatia is likely to have a lot of possession in this clash but Japan can live with. They averaged only 32.3% possession across their three group-stage fixtures at this World Cup. Their two wins over Spain and Germany came with 17.7% and 26.1% possession respectively, scoring four times despite their limited time with the ball.

Croatia failed to score in two of their three group-stage games. They meet a Japanese side who have conceded in 8 consecutive World Cup matches.

Back both teams to score in this match is our favorite selection which has landed in 6 of Japan’s last eight games in this tournament. Croatia have drawn after 90 minutes in five of their last six knockout matches in major tournaments. Back a repeat of that score line against this impressive Japanese side could also happen again here.