When Cristiano Ronaldo was just 15 years old, he told his teammates that he will become the best player in the world. However, his teammates just laughed at him.

"At 15 years old, I told my teammates that I would become the best player in the world. They just laughed." 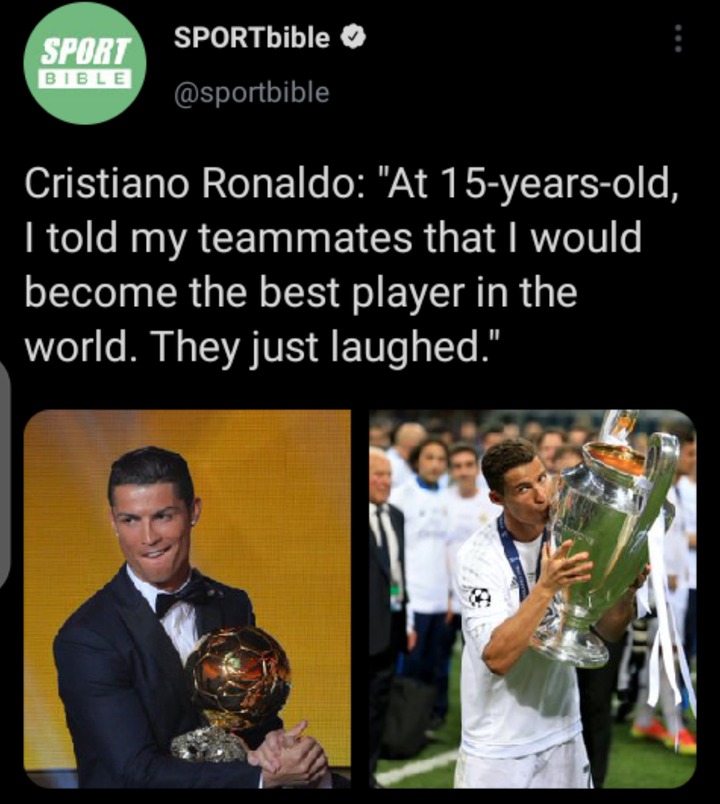 Well, it is now arguable that Cristiano Ronaldo is the best player in the world. The Portuguese international has been among the best footballers since he first joined Manchester United during Sir Alex Ferguson's reign as the manager. He impressed in the La Liga with Real Madrid and the Serie A where he played for Juventus. He is currently back at Manchester United where he is still impressing the fans.