By SifunaDavis (self meida writer) | 1 months 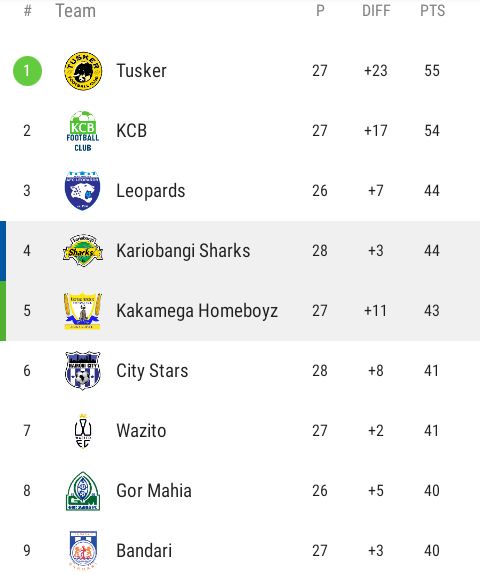 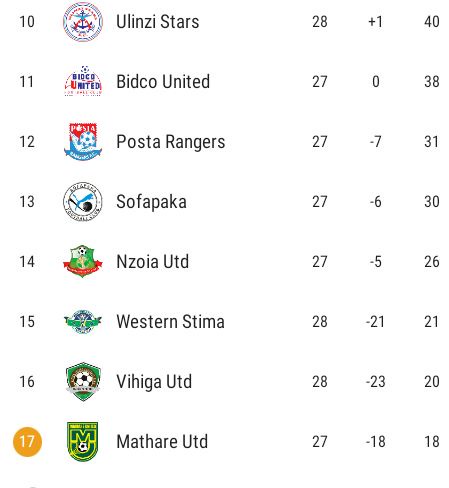 Despite being at the bottom of the league table, Mathare gathered all the three points while facing Sofapaka. The first half of the game ended in a draw of 0-0. At the 77 minute, Sammy Imbuye scored the first goal against Mathare United, Anthony Kimani scored an equalising goal in the 87th minute. Martin Ongori came scored the rescuing goal at the 89th minute, leading to a 2-1 score at the end of the game. Mathare United still remains at position 17 but has three more points (18). Sofapaka is at position 13 with 30 points. On Friday, Posta Rangers also gained three points after a 2-0 win against KCB. Nzoia sugar United won also win 4-1 against Bandari fc in Masinde Muliro Stadium, Bungoma. Bidco United won 1-0 against Western Stima in Del Monte grounds, Thika. Tusker were denied three points after losing 0-1 to Nairobi City Stars fc. Ulinzi stars were disappointed at Bukhungu Stadium after a 1-2 loss to Ulinzi stars.

Opinion: Matches that will consider how Epl table will stand this weekend

Behind the Evil power of Suicide

Saturday Well Analyzed And Predicted Matches To Secure A Win.