By WillyazoSane (self meida writer) | 27 days 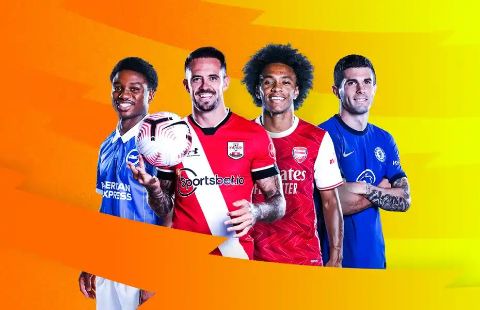 Football enthusiast always raise concerns about the most interesting,populars and highly reputed league in the world. Chiefly, Europeans are the giants of leagues that attracts great popularity across the world with that includes Premier League, La Liga, Bundesliga, Serie a, France League 1. However, statistics delve for the first-rated and it has been acknowledged that the Premier league is the outstanding competition. What could be the possible reasons that spawn the English League to be the best?. The following are some of the reasons that possibly justify Premier League's eminence.

Premier league is a competition that before the final whistle, nobody would ascertain the result. Every team has the capacity to recone the other even the ones at the bottom of the table. Nobody could have imagined that Leicester City wouldld come all the way from Championship to lift the league trophy. Unlike other competitions that the tittle contestants are either 2 or 3, premier league is where competitors are about six, including Liverpool, Man United, Man City, Chelsea, Arsenal, and Tottenham. The current table standings for instance, from position 3 to 11 the teams are only separated by 2 points and below. In other compositions teams are separated with over 3 points range, a good example is Serie a and Bundesliga.

We could compare the best league with the number of players they feed Nations when it's turn for international games. Research revealed that it's the premier that often contributes the greatest number of players for international duties like Euro and World Cup. For instance, in Euro 2016 (won by Portugal) a total of 100 PL players contracted to various home clubs for the 2016/2017 Europe cup featured in France. German Bundesliga followed with 53. In the same debut, among 108 goals that were scored, 28 came from Pl players followed by La Liga with 23.

Premier league draws the highest global television audience and has the most live coverage of all European leagues.Matches are broadcasted live and are highly anticipated, income from the overseas broadcast rights are lucrative. What's special about the premier league is that income of overseas Premier league is that gains from broadcasts are distributed simultaneously midst the 20 clubs. In other European leagues, with the exception of the Bundesliga, the money tends to go to the individual clubs with most coverage.

" The Premier league never fails to entertain. For example, who would have thought that when No Salah netted in Liverpool's first game of the season against Watford that he would end up the compaign breaking my goalscoring record and running away with the Golden boots" Alan shearer, BBC football bundit and former English player admits.

These arguments ascertain how enormously the Pl league is reputed. 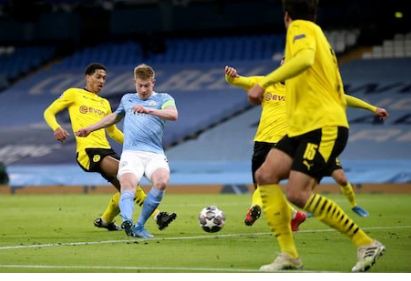 Someone can firmly propound that Premier league team performance in the European Competitions are precise. We talk of the Uefa Champions League and Uefa Europa League. In 2017 PL team Liverpool contested in the UCL final that Real Madrid lifted, Meanwhile, Manchester United won the Europa League on the other side. Nevertheless, the Premier League teams dominated the finals in all the European Competitions in 2019. In UCL Tottenham contested against Liverpool at the finals, a trophy that the Reds lifted while Europa League England's sides Chelsea and Arsenal were featured in the final which ended with a victory for the blues. Where were the other teams from other competitions?.

Majority of Premier league teams have high standards of stadiums improvised with the Goal technology and Video Assistant Referee (VAR). These stadiums are just within and opponents do not have to strain while traveling for a match. Unlike other teams from various competitions, Epl is the only competitions with all teams having a highly rated stadiums.

In Epl matches, the number of goals scored are always limited to below 4 or 3 with only a few matches ending up with more than 4 goals. When compared to other competitions such like of Netherlands and Bundesliga that most of matches end up with multiple goals, it proves that Pl is a tough league. The defenders seems to be working hard to avoid unnecessary goals.

Though spectators are currently not allowed in the Stadiums due to Covid-19 pandemic, but at time when the fans at the field, it was well known that English premier league matches have the noisiest fans. In Bundesliga, a eargerly anticipated match between Bayern vs Leipzig at Allianz Arena with a carrying capacity of 99, 000 would be attended by many funs but not that noisy like a match of Manchester United against Arsenal at Old Trafford that would only hold about 75, 000 spectators yet making noisy with very high decibel. 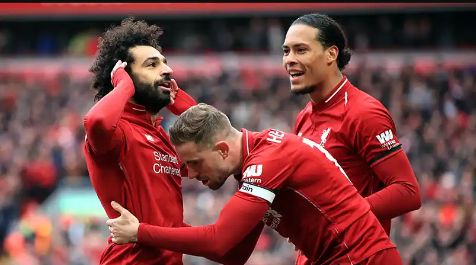 You could be sharing a view contrary to mine or even an additional conviction, share in the comments section and like the article as well.

Chelsea's team has Gotten The Best Midfilder. See His Statistics On The Clash Against City.

Fans Loved What Thomas Tuchel Did To Callum Hudson Odoi At Fulltime.

What Guardiolla Said After Beating By Chelsea That Could Make Chelsea Lose Champions league Title.

Sunday Soccer Prediction Tips With GG, Win And Over 2.5 To Bank On And Harvest Big