Monday picks to place and earn over 7k. 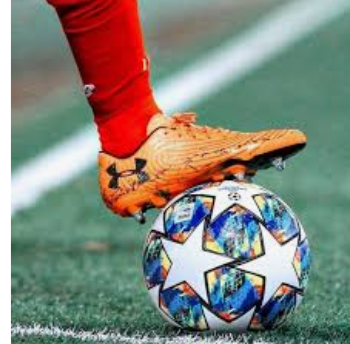 All eyes will be on Peru to get the job done as relatively short priced favourites here, though a slender 1-0 win over New Zealand last time out suggests that this will not be as straightforward as the markets suggest.

However with New Zealand ranked 59 places below Australia, the increase in challenge this time around is notable.

Australia to win the match to qualify for world cup.

At the time of writing, Kazakhstan are chalked up at 4/1 for Monday’s game against Slovakia. Kazakhstan certainly look overpriced here considering they beat Monday’s opponent just a week ago. There was little fluke about Kazakhstan’s win last week. They didn’t see much of the ball, but they had more shots on target than their hosts Slovakia that day and were ultimately decent value for their victory. Kazakhstan can take great encouragement from that performance and are now unbeaten in their last six matches in normal time.

Home team to win the match.

A surprise 1-0 defeat against Croatia on Monday night saw Denmark’s 100% start to the Nations League come to an end, a run that included a 2-1 win in Austria earlier this month.

That was also a first home loss for Kasper Hjulmand’s side in 12 games, halting a 10 match winning streak in its tracks, when Sweden, Serbia and Iceland had all been sent packing empty handed.

Denmark to win the match.

Iceland succumbed to an 84th minute equaliser against Israel last week and had to settle for a share of the points. Back on home soil and unbeaten in their last three, Iceland are fancied to make amends for last week’s disappointment. Iceland can replace Israel at the top of their Nations League group with a win on Monday and they look to have every chance of doing just that.

France have made a dreadful start to the Nations League, picking up just two points from three games, with their defeat coming in Denmark last week.

Both teams have scored in each of those fixtures though, while you have to go back 23 matches to a 2-0 loss to Finland in 2020 for the last time Didier Deschamps’ side failed to score.

There have been three or more goals in six of their last eight at home, but there are defensive concerns, keeping clean sheets in just half of their last six.

France to win and both teams to score.

With half of the group stages gone, Germany will be a little disappointed with their Nations League campaign so far, having drawn each match 1-1.

They have looked a little tired at times, perhaps reflected in the fact two of the goals they have conceded have come in the second half, but they do look reasonably strong at the back.

Indeed, Hansi Flick’s side have not conceded more than one goal over 90 minutes in 12 outings, dating back to their 2-0 defeat to England at Euro 2020, with each of their last five containing less than three strikes.

Germany to win the match and their would no more goals in this match.