The former Liverpool midfielder, Steven Gerard has started well his campaign at Villa Park, in the English premier league as the new Coach of Aston villa. Gerard replaced the former coach Dean Smith earlier this season, who left the club. Steven Gerard who won the Scottish league with Rangers last season, has been so impressive at Villa Park. 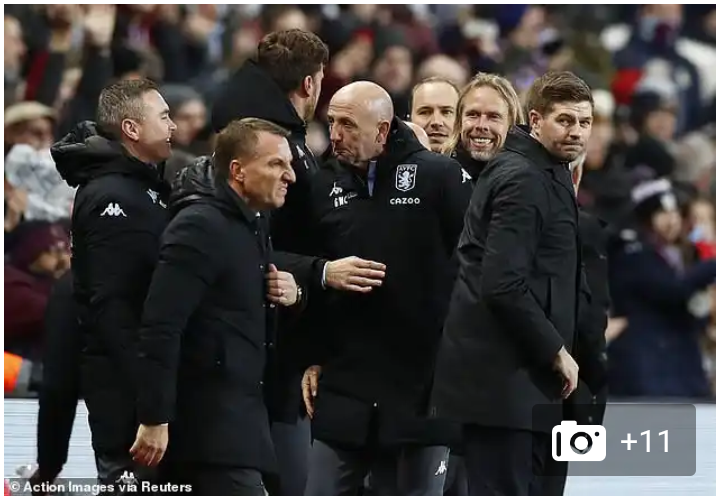 Gerard has won 3 out of the 5 matches since started including 1-0 against Brighton and 2-1 win against Crystal palace . Yesterday in the English premier league, Aston villa won 2-1against Brendon Rodgers side Leicester. It was one of the best results from Steven Gerard as the new manager . The two goals from Eric Konza were enough to give Aston villa victory against Leicester.