By DrArogo (self meida writer) | 22 days

Ole Gunnar Solskjaer has been the great suitor for England winger and Borussia Dortmund star Jodon Sancho for a while now. His pursuit to get Sancho last summer however didn't bear fruits after his club valued him so highly a thing that didn't work with the Red Devils. 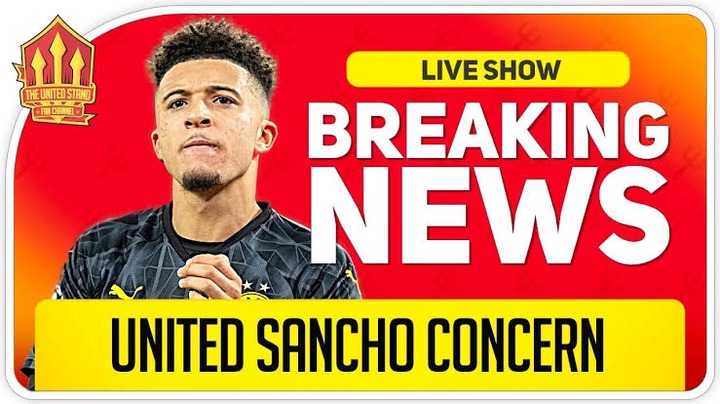 Sancho was valued over £120 million, a release clause that Man United was not willing to meet. However the latest statement by the club has rejuvenated the hopes of Manchester United for getting the player after the club said that Sancho is now up for sale.

The club however said that there is no formal bid that has been made and that they are willing to sell him for amounts lower than €100 million. 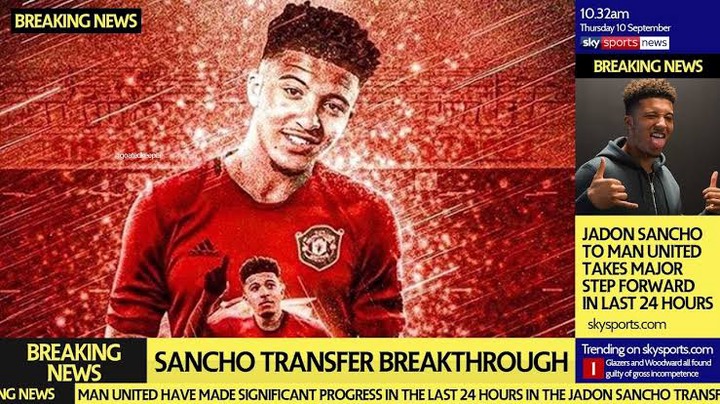 "Borussia Dortmund position is clear. Sancho will be able to leave the club this summer if an important bid arrives - bit less than €100m #BVB. Man United are interested in signing Sancho but no official talks/bid yet - it’s still an ‘open race’ #MUFC" Romano Fabrizio. 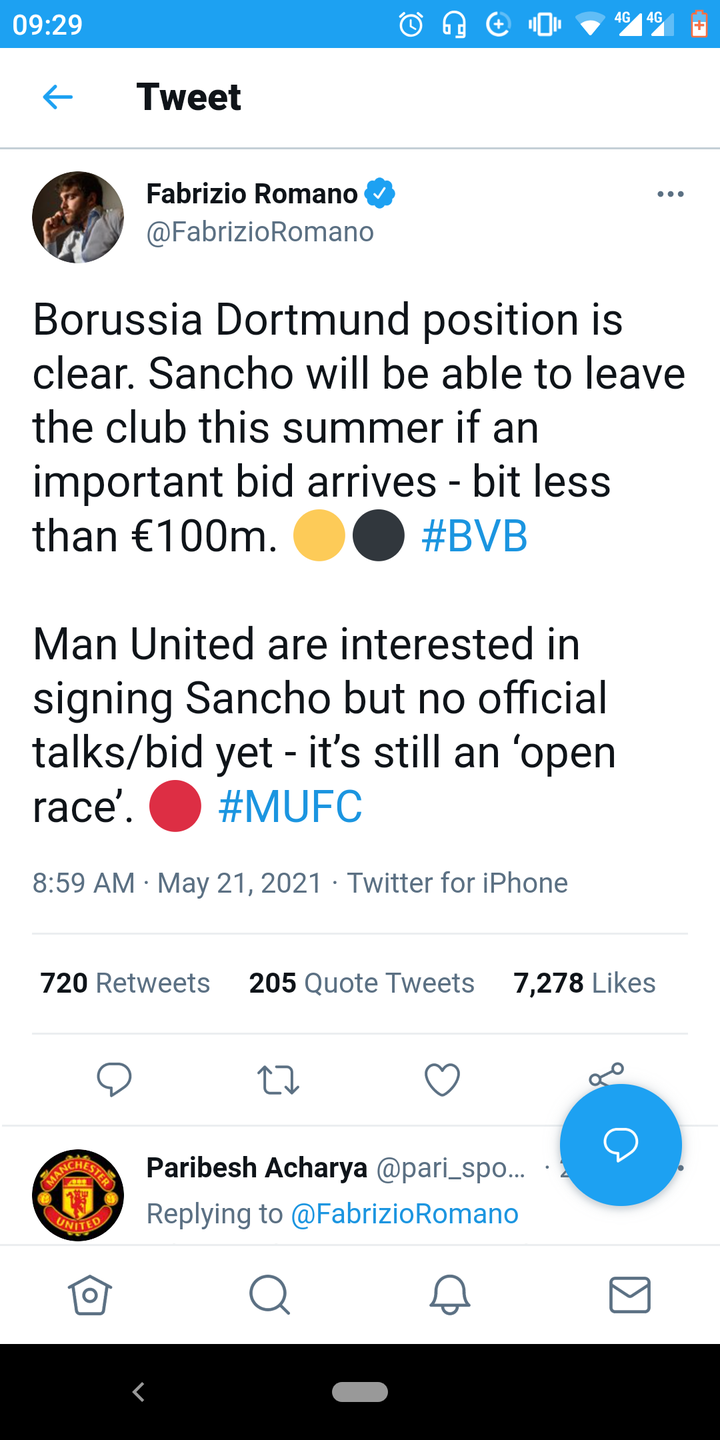 This revelation is great news to United fans who have been restlessly waiting to hear that Sancho is in a United shirt. With the season coming to an end over the weekend, clubs will now turn their attention to the transfer market in their efforts to strike a deal or two. 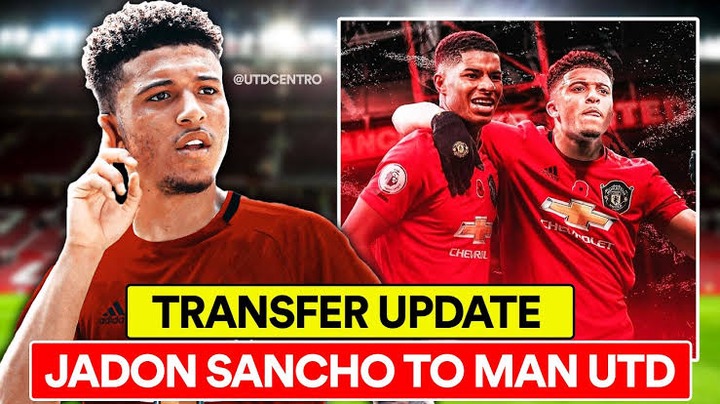 Elsewhere, Tottenham's Harry Kane is becoming restless with the club and his latest sentiments is a clear indication that he wants a move out of the club. Speaking with Sky Sports, kane said that he wants to win trophies and he sees that can't happen at Tottenham. 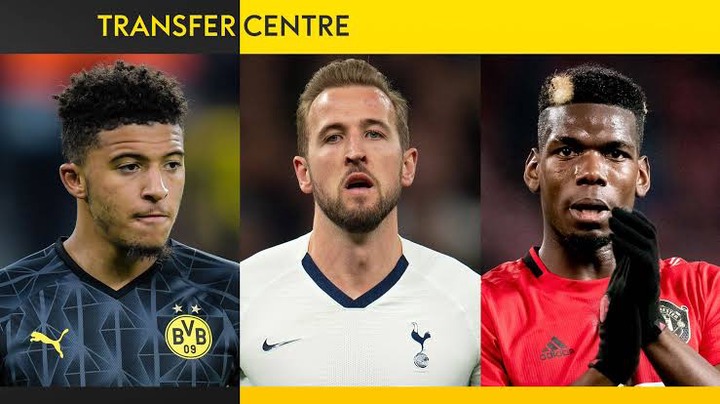 Manchester United are believed to be interested in the forward but they have not made any formal bid or communication to the club or the player.