By 254SportsAnalystGoddy (self media writer) | 28 days ago 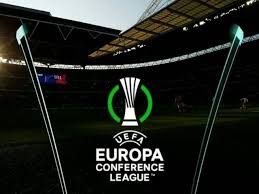 This is a transitional campaign for the Cheeseheads after losing some key personnel over the summer but they have retained enough proven performers to be competitive at this level.

Former Southampton midfielder Jordy Clasie netted in a 2-2 draw away to Randers on Matchday 1 in Group D. Sunday’s 5-0 thrashing of Go Ahead Eagles was a timely Eredivisie boost, with Sweden striker Jesper Karlsson bagging a brace.

The Buffalos got off to a fine start in Group B by edging out Flora in Tallinn and will now take heart from their home form in Belgium’s Jupiler League. Sunday’s 2-1 triumph over Cercle Bruges made it three wins from five domestic outings at Ghelamco Arena, with 14 goals scored in those fixtures.

Anorthosis found Partizan Belgrade too strong when going down 2-0 on home turf and have also lost two out of their last three matches in Cyprus.

Arne Slot steered his side through three qualifying rounds, so it is safe to assume he is keen to have a good crack at this competition. Feyenoord opened up in Group E with a solid goalless stalemate when visiting Maccabi Haifa and have since been on fire in the Dutch Eredivisie.

They have netted 12 times in three straight wins over PSV Eindhoven, Heerenveen and Nijmegen.

FCB are more used to competing at a higher level than this, having qualified for the Champions League group stage on seven occasions. Patrick Rahmen’s side are top of the Swiss league this season and unbeaten in that division, so the signs are that the drop in class will be only temporary.

Basel picked up a point away to Qarabag in their Group H opener and have since beaten St Gallen and FC Zurich on the domestic front.

The Iron Ones can be forgiven for losing 3-1 at Slavia Prague in Group E, when having defender Paul Jackel dismissed in the first half but still drawing level until conceding a couple of late sickeners.

Union have only lost to Borussia Dortmund in six Bundesliga outings this season.