Les Blue Frustrated to Another Draw by Ukraine

By Marvin (self media writer) | 2 months ago 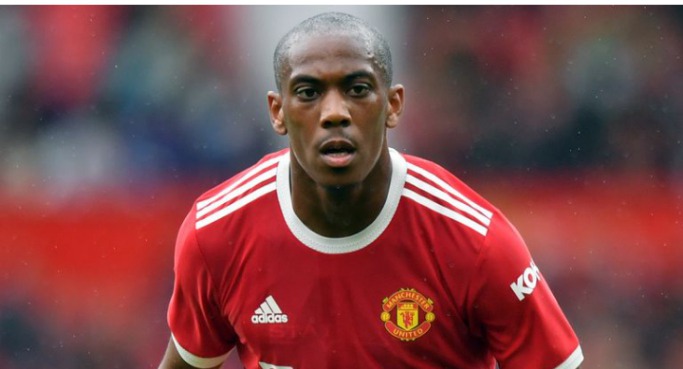 Frances winless streak stretched to five games as Les BLeus were held to a 1-1 draw away to Ukraine in their World Cup qualifler in Group D on Saturday.

The world champions fell behind when Mykola Shaparenko found the back of the net after 44 minutes before Anthony martial restored parity early in the second half.

France still top the group on nine points from five games after a 1-1 draw against Bosnia on Wednesday and three days before hosting second placed Finland,who best Kazakhstan 1-0.

Ukraine ara third behind the Finn's,who also have five points but have two games in hand, with Bosnia and Kazakhstan both on two points France host Finland tomorrow.

It was much better in the second half and we conceded the goal just after missing a chance, said coach Didier Deschamps.

Playing all these matches in a row is tricky and very demanding but I'm not looking for excuses,

Martial,who scored his second international goal and his first since September 2016, said: It was a tough game for us today but at least we managed to equalise in a very important game.

Kingsley Coman deputised in attack for kylian mbappe, who left the squad with calf pain , while Karim Benzema and Raphael Varane in the starting lineup by Anthony martial and Kurt Zouma.

France got off to a lively start but struggled to find a way past the hosts five man defence and they lacked in Eindhoven on Saturday.

Delay slotted a first half penalty and added a second goals after the break to take his recent tally to nine in as many games for the Dutch,who also scored through Georginio Wijnaldum and a first international strike for Cody Gakpo.

They are second in Croup G Midway through qualiflcation with 10 points from five games, one point behind leaders Turkey and on the same number as third placed Norway. Only the top team quali automatically for the final in Qatar next year.

Content created and supplied by: Marvin (via Opera News )

Gor Is Ready For Battle: Kogalo Insider Reveals Motivation To Silence Otoho At Nyayo This Sunday

How Gor Mahia coach Mark Harrison has prepared for the next assignment.