Opinion: There is high probability that Chelsea will win against Juventus

By Mairura (self media writer) | 18 days ago 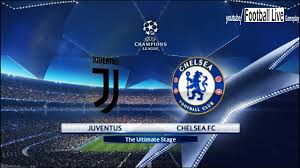 Chelsea's Antonio Rudiger has expressed the importance of returning to a winning fashion against Juventus.

Chelsea are already off to a winning start in this season's champions league competition, with Romelu Lukaku's goal against Zenit giving them their first three points in group H.

Luckily for Chelsea, Juventus, who have only won two of their first Serie A games this season, will be without their two main goalscorers; Alvaro morata and Paulo Dybala.

"They won't be there for chelsea or Torino," Allegri told sky Italia about morata and Dybala's injury situation on sunday.

Content created and supplied by: Mairura (via Opera News )