Five(5) Top-Pedigree Predictions To Bank On This Wednesday 22nd

Chelsea beat Aston Villa 3-0 when the two sides met at Stamford Bridge in the Premier League earlier this month but Wednesday’s Carabao Cup meeting may be a closer affair.

Admittedly, there is a bit of guesswork going into this particular prediction as far as how the two opposing managers will approach this tournament – but I’m expecting Chelsea to rotate and Villa to largely stick with their best XI.

Villa overcame League Two Barrow 6-0 in the previous round of games and despite the fact they were up against a fourth tier side boss Dean Smith still named a strong starting line-up, albeit with a few changes too.

The League Cup is low down on Chelsea’s list of priorities and I don’t think we’ll see players like Romelu Lukaku, Kai Havertz, Jorginho and a few others feature in midweek, and if they do they may start on the bench.

The hosts have won once,lost seven matches with a single draw in the last nine matches while playing together.The goal difference is 19-13 in favour of the away team. 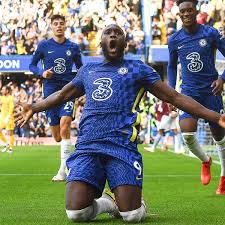 Today's Sure Soccer Predictions to Place on and Win Today