By Lukasope1 (self media writer) | 2 months ago

Chelsea is the current European Champions, having won both the UEFA Champions League and the UEFA Super Cup. Some Chelsea players put on individual great displays and performances during that amazing run.

In the Champions League, N'Golo Kante was extremely impressive for Chelsea. In the semi-final versus Real Madrid, the French midfielder won the man of the match award four times in two games. Kante was then coached to win the Ballon D'OR this year, but the French national team's terrible performance at the European Championship means the Chelsea midfielder now has a slim chance of winning the award.

Jorginho Frello, an Italian midfielder, was another Chelsea player who shone as the team dominated Europe. Jorginho Frello was not initially named, but after a strong showing for the Italian national team at the European Championships this summer, he has surpassed Kante on the list. The Chelsea played a crucial role in Italy's triumphant conquest of Europe. 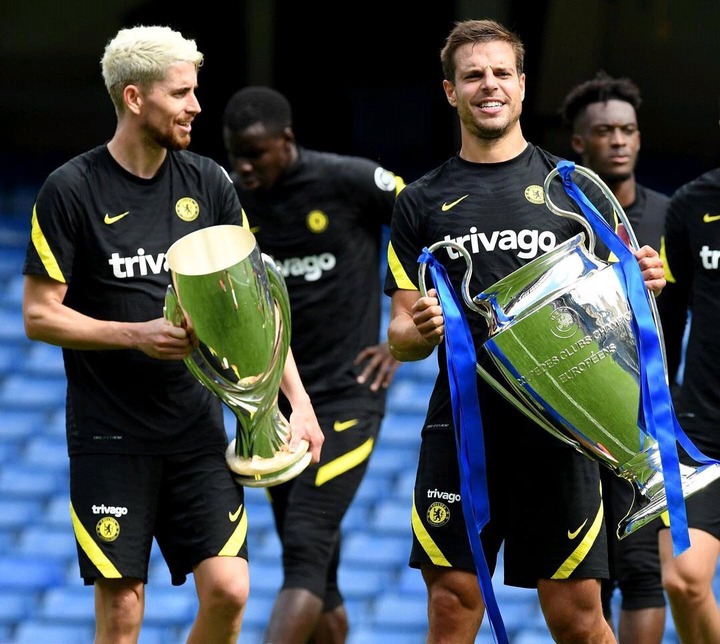 Jorginho Frello is expected to win the UEFA Men's Player of the Year award, according to Chelsea Police, an Instagram account. This comes after the midfielder won the UEFA Champions League, UEFA Super Cup, and European Championship trophies, as well as being named to the Champions League team of the season and the Euro 2020 team of the tournament.

This year, Jorginho is the most decorated midfielder in the world. Do you believe he'll be able to beat De Bruyne and Kante?

Photos of Liverpool players and their Beautiful Wives and Girlfriend